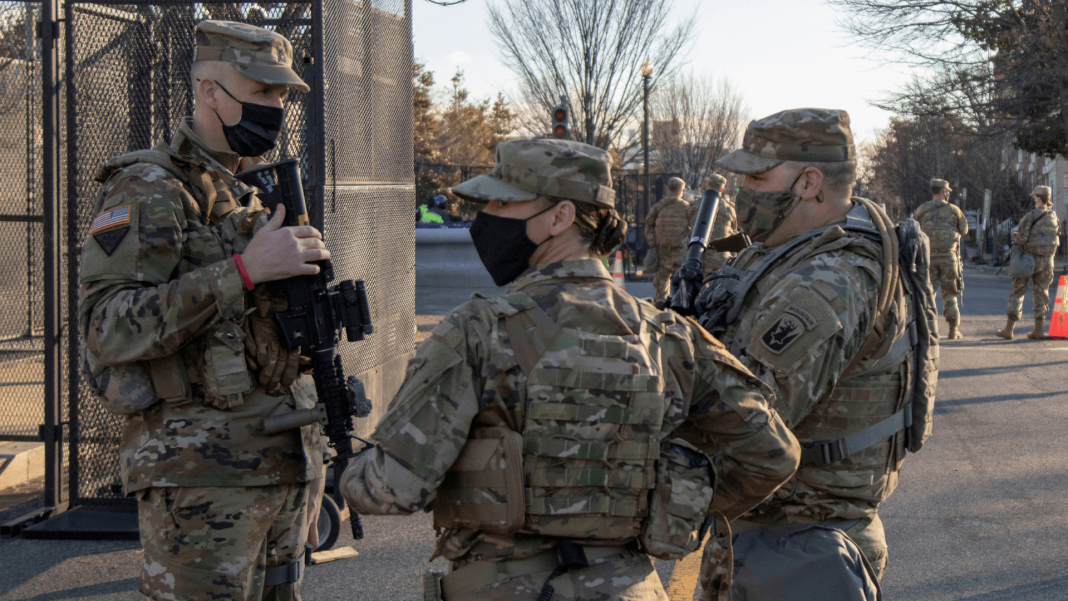 “Our Vermont National Guard Service members continue to step up and serve when called upon,” said Vermont Governor Phil Scott. “Their sense of service is admirable, and I know they will represent Vermont well, just as they did last year when they helped ensure the peaceful transfer of power during the Presidential Inauguration.”

The Guard worked with Governor Phil Scott to ensure Vermont could assist in this mission without impacting its support of the state’s COVID-19 response, or other state needs.

“I received nothing but praise for the support to the Capitol our Soldiers from the 172nd Cavalry provided last January,” said Maj. Gen. Greg Knight, Vermont adjutant general. “Their conduct increased our reputation for competence and professionalism, and I believe that is why Vermont received the call again.”

The element from Vermont joins nearly 600 National Guard service members deployed to conduct traffic control operations including the observance, monitoring, and restricting of any truck traffic at designated posts.