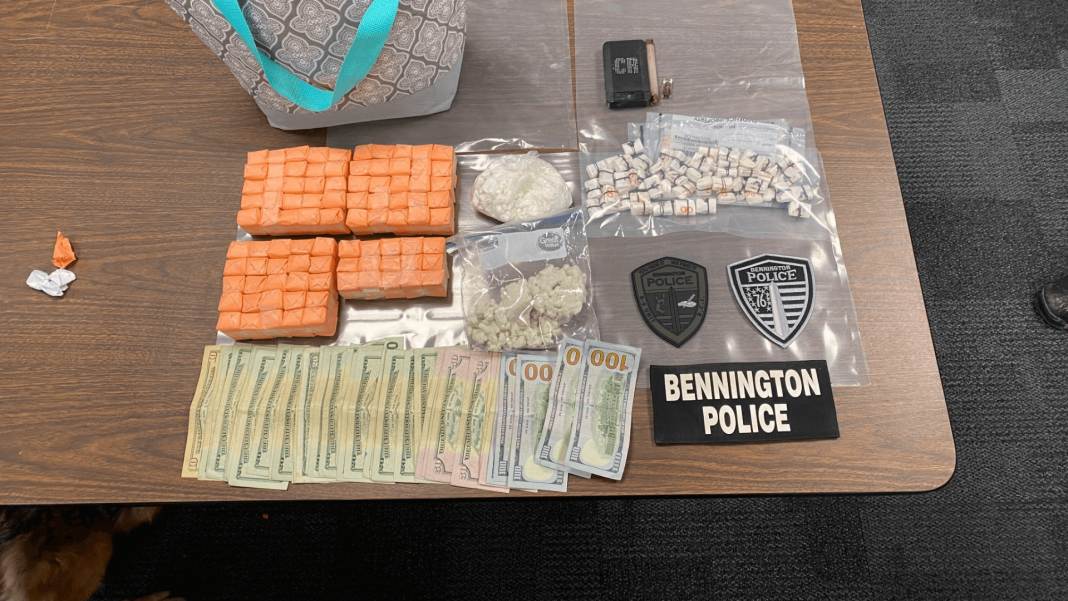 BENNINGTON — Two people were arrested and one was escaped following an incident in Bennington yesterday.

Authorities say they were called to South Street at around 2:45 a.m. for a report of three men who were not wanted at the residence.

Police were notified that the men had guns and drugs when they arrived.

The three men were ordered to exit the apartment.

Two of them were identified as Christopher Collins, 30, of East Hampton, Mass, and Andrew Diaz, 29, of West Springfield, Mass.

A third, unidentified man jumped out of the second-floor bathroom window and was last seen running west behind the property.

During the search of the home and a vehicle involved, police located 5,100 bags of suspected Fentanyl, 7.13 ounces of suspected cocaine/crack cocaine, 6.6 ounces of powder cocaine, and $1,420.

Police say the street value of the suspected Fentanyl and cocaine/crack cocaine is estimated to be approximately $80,000.

They were held for lack of $100,000 bail and were scheduled to appear in Vermont Superior Court-Bennington Criminal Division on Tuesday.

Police say they are still attempting to locate the third suspect.