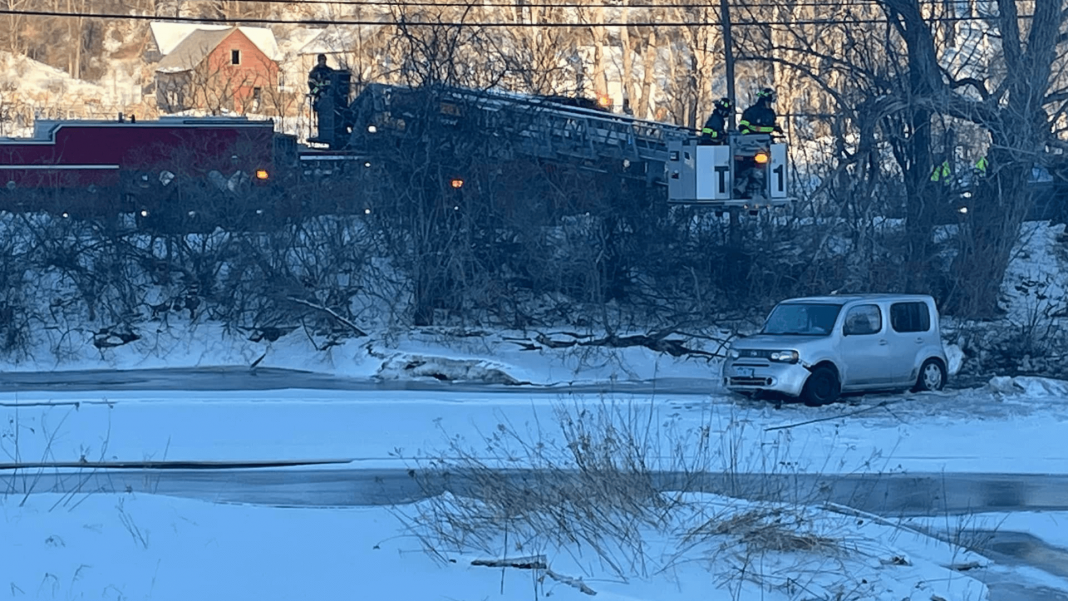 WALLINGFORD — A 19-year-old man was involved in a single-vehicle crash into a river in Wallingford yesterday.

The crash took place on Waldo Lane at around 6:50 a.m.

A specialized attachment that allows a fire ladder to be secured for aerial use was deployed by firefighters.

Police say the vehicle left the road due to hazardous road conditions.

No injuries were reported thanks to quick work by rescue workers.

Carrara’s Towing was called to the scene to remove the vehicle from the ice.