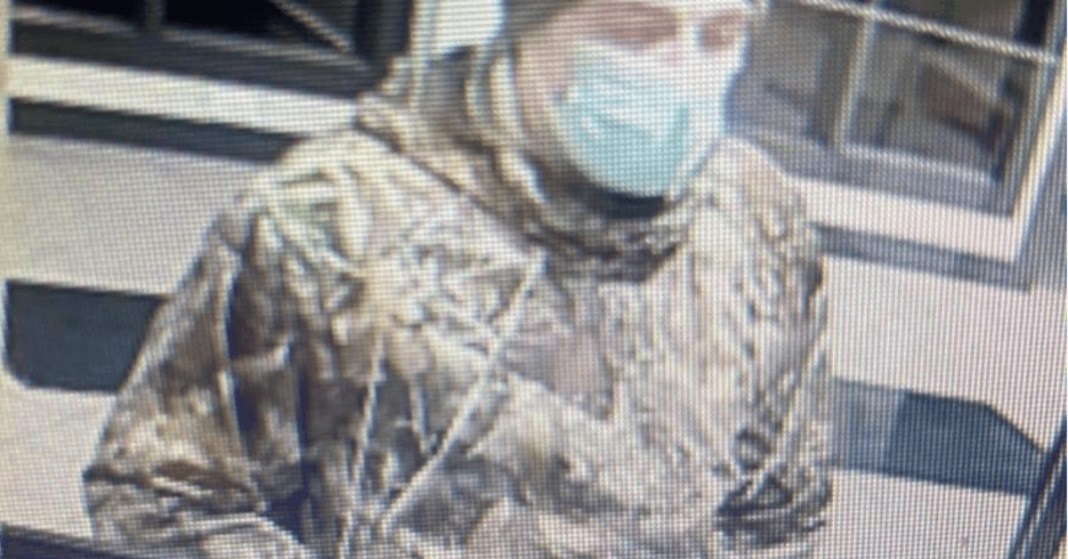 ESSEX JUNCTION — Police are investigating a robbery that occurred at a bank in Essex Junction yesterday.

Authorities were notified of a robbery at the Key Bank on Pearl Street at around 5:00 p.m.

Police say employees at the bank described the man as Caucasian, approximately 6’0″ tall, 170 pounds, and wearing a camouflage jacket and green pants.

At this time it is unknown if the man was armed.

Officers were able to obtain video footage of the man, including a still frame which police released today.

The man fled in an unknown direction prior to officers arriving on scene.

Anyone with information as to the identity of the man involved is being asked to contact the Essex Police Department at 802-878-8331.