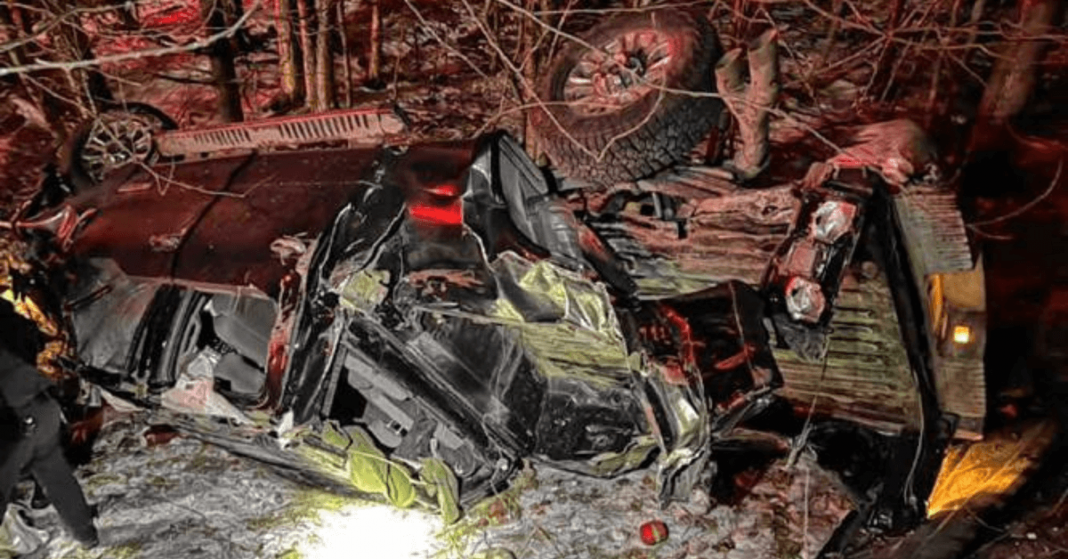 HARTFORD — A 31-year-old man was cited for DUI following a crash with injuries in Hartford on Monday.

Authorities were notified of a single-vehicle crash on I-89 north at around 10:10 p.m.

Two New Hampshire departments were seen on the Connecticut bridge trying to catch a German Shepherd.

When police arrived they called for an ambulance and started to render aid to the driver and a passenger laying in the snow.

Following an investigation, it was found that the driver, Cameron Laundry, of Hartland, was intoxicated and sustained minor injuries.

Police say the German Shepherd stood by her owner as officers assisted him and the passenger.

In addition to the German Shepherd, there was also a bulldog in the truck that belonged to the passenger.

Police say AOT located the dog deceased the next morning.

Laundry provided an evidentiary blood sample due to the serious bodily injury crash and was given a citation to appear in court on February 15, to answer the charge of DUI.

Other charges are pending as well, police say.