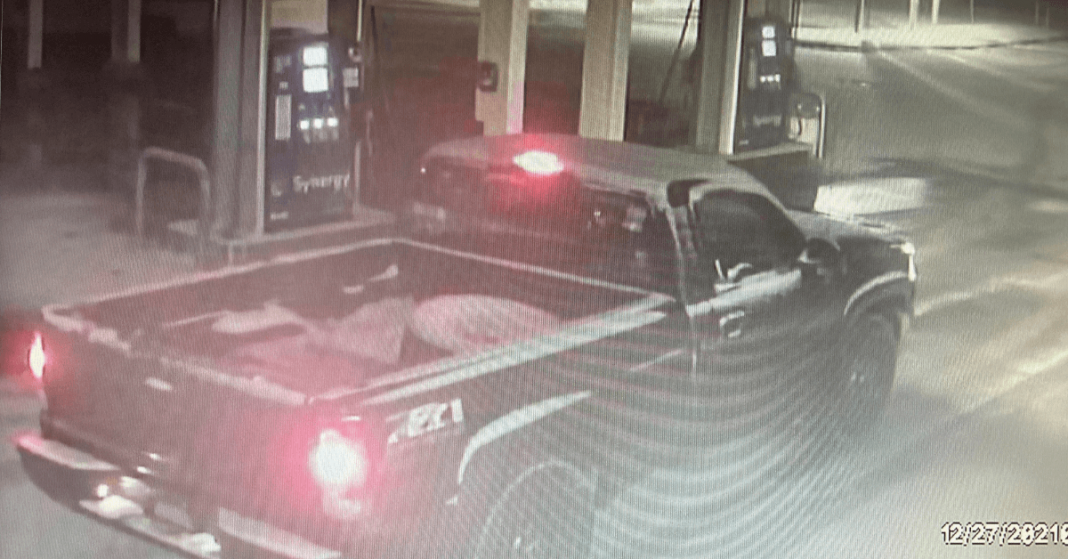 RICHMOND — Police are investigating a burglary that took place in Richmond early this morning.

Authorities responded to an alarm at the Richmond Mobil Mart on West Main Street at around 12:20 a.m.

Someone broke into the store and stole an undisclosed amount of cigarettes from inside.

Security footage showed the suspect used a hammer to break the glass before entering.

The suspect was operating a black regular cab Chevy/GMC 1500 truck and wearing a black hooded sweatshirt with a Nike logo and light-colored pants.

After leaving the store, the suspect drove north on Route 2 towards the Williston direction.

Police are requesting assistance from the public to help identify the suspect.