Multiple injures after two-vehicle crash with moose in Sheffield 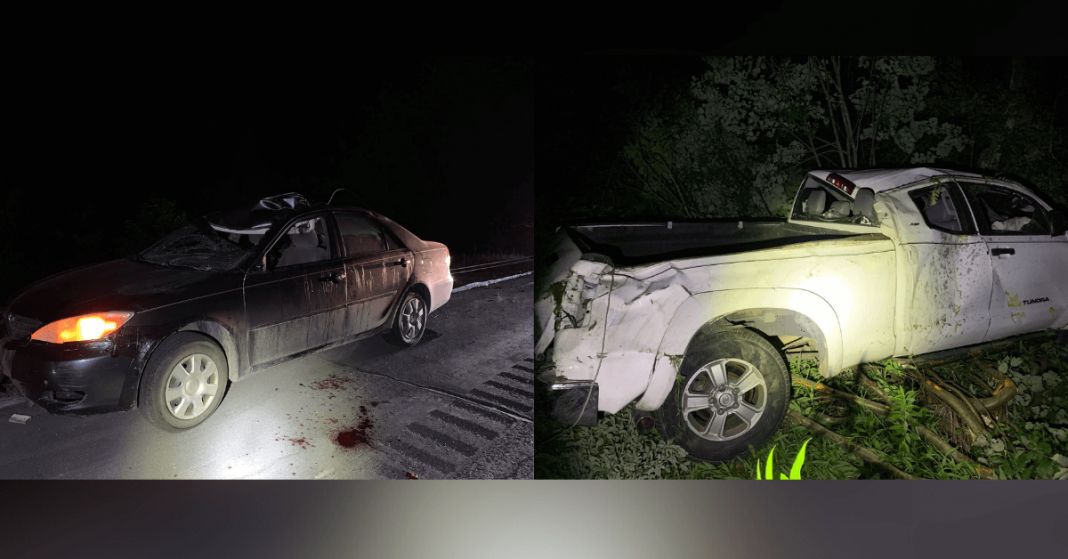 SHEFFIELD — Several people were injured after hitting a moose in Sheffield yesterday.

A Toyota Camry first struck the moose head-on and crashed into a guardrail.

The moose then landed on a Toyota Tundra, which traveled over the guardrail and off the road, rolling down a 40-foot embankment.

All occupants in both vehicles were transported to Northeastern Vermont Regional Hospital for minor injuries.

Police say there was also a small dog in the Tundra that was not hurt.