Lowell man arrested for fourth DUI after crash in Eden

EDEN — A 51-year-old man from Lowell was arrested for his fourth DUI, as well as driving with a criminally suspended license, following a single-vehicle crash in Eden.

On November 29, police responded to the crash which took place on Route 100. 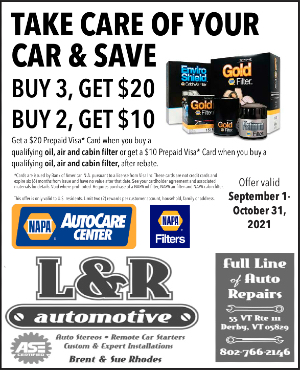 He was transported to Copley Hospital with minor injuries.

Police arrested Labarron for DUI #4 as he displayed signs of impairment and driving with a criminally suspended license.

He was lodged for violating his probation and transported to the Newport Correctional Facility.

Letter to the Editor