WEST GLOVER — Christine Hallquist, who is seeking the Democratic nomination for governor, will be speaking to the Orleans County Democratic Committee during their monthly meeting on Wednesday, April 25 from 6:30 p.m. to 8:30 p.m. at Parker Pie in West Glover.

The meeting is open to the public and all are welcome. 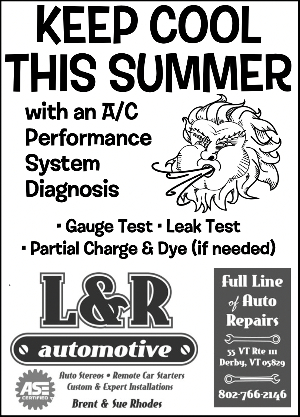 Hallquist, the former CEO of Vermont Electric Cooperative which is based in Johnson, has said that the number one issue for her campaign will be rural economic development.

She also plans to advocate for a strong social safety net for unemployed Vermonters, universal healthcare, universal broadband and a $15 minimum wage.

Since Smyth took over as chairperson of the Orleans County Democratic Committee last year, the committee says they have been working hard to bring together local groups that feel left behind by the “hard shift right” they say the Republican party has taken nationally and on the state level.

“I know there are many people in Orleans county and all over the Northeast Kingdom who feel like their perspectives aren’t being heard and I understand their frustration,” said Smyth. “That’s why we’re working hard to build a Democratic party in the Northeast Kingdom that is inclusive of all those voices.

Also attending the Orleans County Democratic Committee meeting on Wednesday will be Dan Freilich, who is running against Rep. Peter Welch, and Rob Hipskind of the Vermont Democratic Party.

“Whether liberal, moderate, or conservative, anyone who wants to see a change from the politics-as-usual in our area will be welcomed with open arms,” Smyth added.