QNEK to present Steel Magnolias at the Haskell starting this Friday

DERBY LINE — ​QNEK Productions is proud to present its final mainstage performance of the year with the lively and touching Steel Magnolias by Robert Harling. Equal parts heart and hilarity, the show is set to be the perfect addition to the Fall Foliage season.

Directed by Jenny Dunne and Assistant Directed by Phil Gosselin, this cast features fantastic talent from both sides of the border:

The action is set in Truvy’s beauty salon in Chinquapin, Louisiana where “anyone who is anyone” comes to have their hair done. Helped by her eager and awkward assistant Annelle, the outspoken, wise-cracking Truvy dispenses shampoos and free advice to the town’s rich curmudgeon Ouiser, an eccentric millionaire Miss Clairee, and the local social leader M’Lynn, whose daughter Shelby is facing life’s highs and lows in short order.

Steel Magnolias by Robert Harling plays at the Haskell Opera House October 9 – 18, Fridays and Saturdays at 7:30 p.m., and Sundays at 2 p.m.

Tickets and information are available by calling the QNEK Box Office at (802) 334-2216, visiting qnek.com, at the MAC Center on Main Street in Newport, and catamountarts.org. 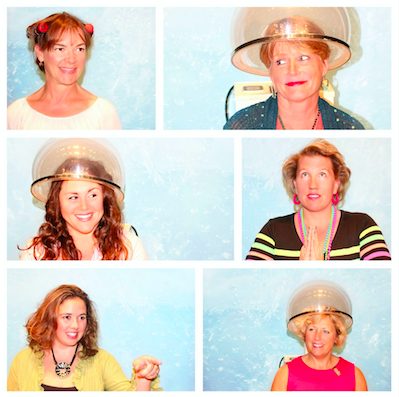