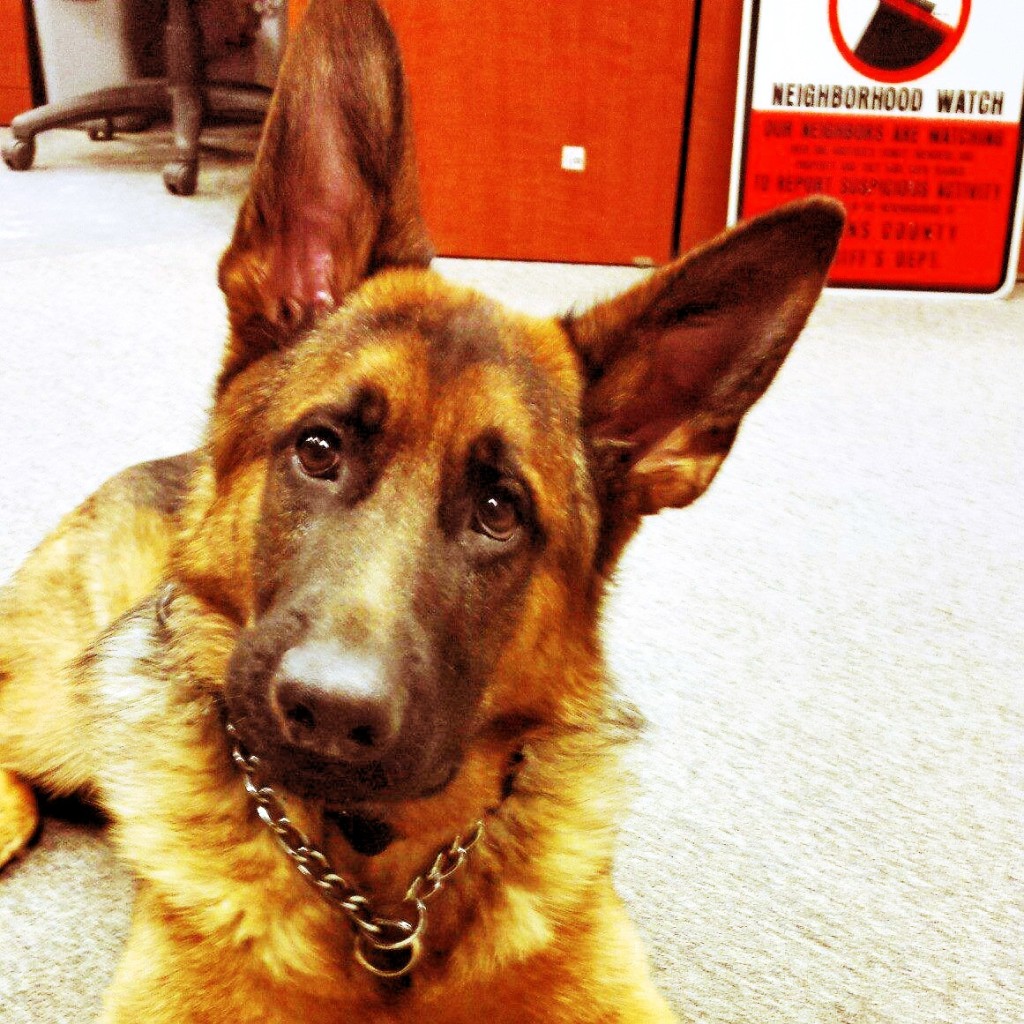 DERBY — He came to the department in August of 2014 as just an eight-week-old puppy, but sadly, on Sunday police announced the death of Orleans County Sheriff’s Department police dog “K-9 Kilo.”

The tragic death of the animal happened at around 1 p.m., while he was off duty with his trainer. Kilo was struck by a vehicle on Vermont Route 105 in Derby, and died at the scene. Police say the driver was not at fault and no charges are pending.

Kilo was a German Shepherd, and the K-9 partner of Deputy Tyler Jacobs. Kilo and Deputy Jacobs had just finished week three of a six-week drug detection class at the Vermont Police Academy, where he was labeled as one of the top canines in the class.

In the short time that Kilo was with the department, he and Deputy Jacobs worked tirelessly towards the training required for certification through the Vermont Police Academy.

“K-9 Kilo will be missed by all members of the department,” a statement issued by Chief Deputy Philip Brooks read.

DERBY — A 71-year-old man from New Hampshire was killed in a
DERBY — This holiday season, Fred’s Energy once again helped support local
DERBY — The Vermont State Police say they are looking for a
DERBY — Community National Bank President Kathy Austin recently announced the promotion
GLOVER — Two people were arrested on Tuesday, and police say they
Go to Top