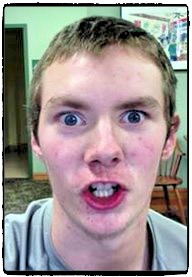 DERBY — Police are requesting assistance as they search for a runaway juvenile in DCF custody. The boy has ties to Orleans County.

Wing has biological and foster family ties to the Derby area, and previously attended school in Derby.

On Thursday, February 12, a school administrator believes he saw Wing walking along Route 105 in Derby, near Lake Salem.

Anyone with information on Wing is being asked to call Vermont State Police in Derby, at 802-334-8881.