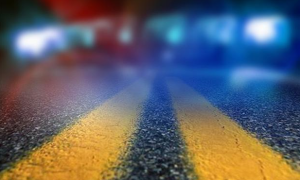 TROY — Police say that they have charged a 29-year-old man from Lowell with attempting to elude and DUI, after a crash that took place in Troy on Tuesday.

According to a statement issued by police, Seth Comley was driving a silver vehicle on Vermont Route 101 at around 9:20 p.m., when Trooper Steven Fauteux witnessed the car traveling at a high rate of speed.

Police say that after the trooper activated his sirens, Comley attempted to elude, subsequently losing control of the vehicle and colliding with a snow bank.

“While speaking with Comley, the odor of intoxicants was immediately detected,” Fauteux said in a statement. “Field sobriety exercises were not performed and Comley was subsequently arrested for suspicion of DUI.”

Comley, who was injured in the crash, was transported to North Country Hospital where he refused the evidentiary test.