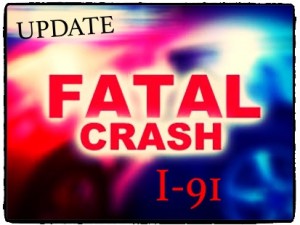 LYNDONVILLE — Police have released the names of the two victims in the deadly crash that took place northbound on I-91 near the Lyndonville and St. Johnsbury line Friday night. They are also saying that speed and road conditions were factors in the crash.

According to a statement issued by police, 29-year-old Justin Stephenson, and 38-year-old Ryan Nadeau, both of Essex Junction, were the two victims in the accident.

The two were traveling northbound in a Ford Taurus on I-91 when they came upon a two-car crash that took place moments before.

The Taurus, being driven by Stephenson, ended up smashing into the tractor-trailer, killing the driver and passenger. Police are saying that both were not wearing their seat belts at the time.

The highway was closed from exit 22 in St. Johnsbury to exit 23 in Lyndonville after the deadly crash. Traffic had to be redirected, with that section of I-91 North closed until around 3 a.m. Saturday.