Woman injured after snowmobile crash in Ferdinand on Saturday 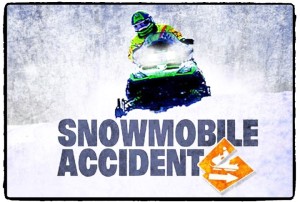 FERDINAND — A 52-year-old woman was taken to North Country Hospital before being transferred to Dartmouth Hitchcock Medical Center on Saturday, after crashing her snowmobile in the town of Ferdinand.

Authorities say that Renee Martin, of Bow, New Hampshire, was traveling with several other snowmobilers west on the VAST 142 Trail at around 11:30 a.m., when she attempted to negotiate a sharp curve near a stream crossing. Martin traveled off the trail on the side of a bridge, crashing into several rocks in the stream.

She ended up pinned under her snowmobile in the stream before being rescued by the other snowmobilers riding with her.

Lyndon Rescue and the Brighton Fire Department responded to the scene.

Martin was transported to North Country Hospital and then transferred to Dartmouth Hitchcock Medical Center. According to a statement issued by the Vermont State Police, Martin suffered a “significant lower body injury.”

The crash is sill being investigated by members of the State Police Recreational Enforcement Division from the Derby Barracks.