Tractor-trailer collides with salt truck on I-91 - Newport Dispatch 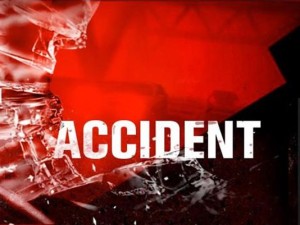 NEWPORT — A State of Vermont salt spreading vehicle and a tractor-trailer were involved in a crash on I-91 early Tuesday morning.

Police report that at around 5:35 a.m., Mark Lamotte, 47, of Newport, was traveling south on I-91 spreading salt on the highway, when he attempted to make a left hand turn at a U-turn near mile marker 171.

According to a statement issued by Sgt. Jensen of the Vermont State Police, Lamotte turned directly into the path of the oncoming tractor-trailer.

Pierre Grenier, 54, of Coaticook, Quebec, was driving the tractor trailer. Grenier was able to quickly avoid a major collision, but did clip the rear end of the state salt truck, and ran into the median dividing the north and southbound lanes.

Both vehicles were traveling below the speed limit at the time of the crash. There were no injuries during the accident.

The salt truck sustained rear end damage, and the tractor-trailer had to be towed from the scene.

NEWPORT — A 30-year-old man from Morgan has been arrested, and police
NEWPORT — The Vermont State Police recently announced that Teresa Randall, a
CRAFTSBURY — The Craftsbury Farmers’ Market is gearing up its twentieth season.
NEWPORT — Despite garnering thousands of signatures, a petition submitted to have
NEWPORT CENTER — Another local business was burglarized early this morning. State
Go to Top