From Taiwan to Derby: James Chen and the story of China Moon Buffet - Newport Dispatch

DERBY — China Moon Buffet in Derby, is one of the most popular restaurants in the area. We caught up with owner James Chen, to find out more about how it all got started.

James Chen was born in Taiwan. He first came to the United States 21 years ago, living for a time in Virginia. He has spent the last 16 years in Vermont after opening his first China Moon Buffet in White River Junction.

His first restaurant, located inside the bus station, is still open and doing well. This early success led him to open up a restaurant in Lyndonville. It was the number of people who would come down from Newport to eat at the Lyndonville location, that brought him up to Derby.

“We came here because we were thinking about expanding the business, and a lot of customers in Lyndonville said they were coming from Newport because they loved our Chinese food, and loved our buffet.”

In September of 2008, China Moon Buffet opened up in Derby, next to Price Chopper.

Over the years serving the Newport area Chinese food, Chen says that hands down, the most popular dishes on the buffet are crab rangoon and sweet and sour chicken. He also says that they try to offer some variety, and so the pizza and other American foods are popular as well.

Chen is very pleased with the decision to open up in Derby.

“Our business continues to go up, and I love the feeling of community that you feel in the Newport area,” Chen says.

One of the big boosts to business China Moon gets is from tour busses. On the stop between Montreal and Boston, a bus usually rolls into China Moon for lunch, every other day, between April and October.

On a personal note, Chen says he likes to travel, especially around the state of Vermont. He says that although he likes to ski, lately he’s been too busy, but hopes to hit the slops again soon.

One of his favorite activities is fishing, and he tries to balance his work with exercise, especially playing basketball and soccer. 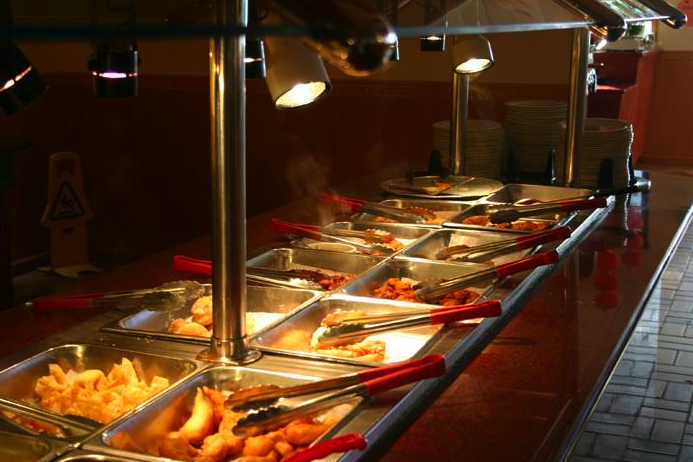 ORLEANS — A 39-year-old man from Barton is facing numerous charges, including
DERBY LINE — A 42-year-old man was arrested after a manhunt in
NEWPORT — Green Mountain Farm-to-School will once again be participating in the
DERBY — A 50-year-old man from Massachusetts was injured during an ATV
DERBY — A Subaru caught fire after hitting a deer on I-91
Go to Top