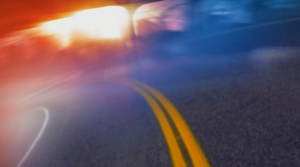 COVENTRY — The first real snowfall this season was the cause of at least one accident in Orleans County on Friday, after a 33-year-old woman from Barton lost control of her vehicle on I-91.

Police are reporting that they responded to a single-vehicle accident northbound on I-91 in Coventry at around 3:25 p.m.

They say that Tiffany Quinn was driving a 2004 Toyota Sienna van, when she lost control of her vehicle on the slush covered road.

Quinn left the east side of the roadway where she ended up striking a ledge. The front of the vehicle sustained extensive damage.

Neither Quinn, nor her passengers suffered any major injuries. All were treated at the scene.