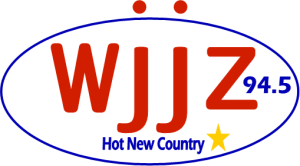 NEWPORT — Newport and Orleans County’s first FM country music radio station is now playing over the airwaves on 94.5 FM. The station is playing Hot New Country from its studio in the WMOO/WIKE building on the Derby Road.

The new country music radio station broadcasts from a tower in central Orleans County, which provides a signal from St. Johnsbury, to Magog, Quebec.

“We’ve been getting many requests from country music listeners to build a radio station that can be heard where they work, travel, and live, that plays popular country music,” Vermont Broadcast Associates president and owner Bruce James said. “This FM radio station on 94.5 is the answer to their wishes.” he added.

Vermont Broadcast Associates has been working on this project for two years, yet say the best is still to come.

The station’s call letters are WJJZ, and they call it JJ Country 94.5. The radio station continues to add programming like a 2-hour classic country show on the weekend, a trivia show weekdays, and a call-in request noon hour.

News is handled by the CBS Radio news network at the top of each hour, 24 hours a day. As programming develops, JJ Country will begin its local news coverage during the first part of November.

Weather and weather forecasts are very important to the radio station, and the station says they are committed to provide up to the minute weather forecasts 4 times per day, or as storm conditions warrant. WJJZ is also tied into the school closing network with real-time current closings, cancellations and delays, every 15 minutes in the morning during storms.

“We have all kinds of concert and event tickets to give away to our listeners,” James said. “In fact, we had tickets to see country music star Eric Church last week, but we weren’t on the air yet.”