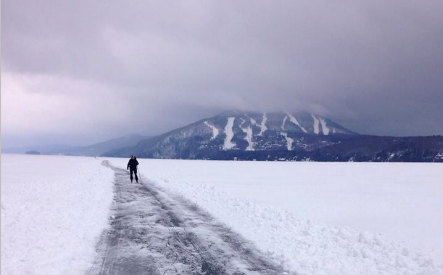 NEWPORT — Winter Games, the colder counterpart of Kingdom Games, has several exciting events and initiatives planned for this winter. They include:

As part of this event, weather and ice conditions permitting, they will be clearing and maintaining a 700 meter speedskating oval adjacent to The EastSide Restaurant. Once the event has taken place, organizers will be attempting to keep the oval open through the middle of March for the public to use.

Last year they were able to plow the length of the lake between Newport and Magog. In total, 25 Nordic skaters registered for the event, 20 actually participated, and 10 made it the full distance. Part of this will be the clearing and construction of a Nordic skating trail that will go from Newport Bay out and around in Derby Bay. If conditions allow, it will extend it into Canada. The hope is that a skating trail on this side of the border can be maintained in addition to the oval. The goal is to offer the longest skating trail in the US.

Last year this one-day tournament had six teams participate. This year organizers are ready to expand it to two days and hope to double or triple the number of teams participating, and would like to hold the tournament at Prouty Beach as they did last year.

Organizers have partnered with the fledgling US Winter Swimming Association to bring a very popular winter sport to North America. This event involves cutting two 25 meter swimming lanes in the ice and offering 25, 50, and 100 meter swims. Events in northern Europe typically draw 200 or more participants. Some draw 500. The world championships last year drew over 1,300.

These winter initiatives have the potential to draw significant national and international attention to the area and bring recreational athletic tourism to Newport.