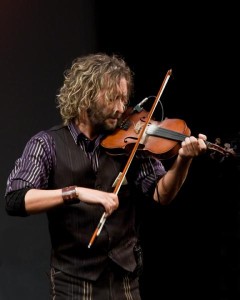 DERBY LINE — Richard Wood and Gordon Belsher have lit up a lot of stages, from Carnegie Hall with the Chieftains, to David Letterman with Shania Twain, and on Sunday, they will be performing at the Haskell Opera House.

Wood, a fiery Prince Edward Island fiddler will be taking the stage on Sunday, October 19, at 7:30 p.m.

Over the years, Richard has graced the stage for Royalty – the Queen of England, the Emperor of Japan, and Canada’s Governors General. Most recently, he performed for the Duke and Duchess of Cambridge during their Canadian visit to his home Province. He has entertained Canadian troops in Bosnia and Afghanistan, and MacLean’s Magazine named him one of the Top 100 Canadians to watch in the 21′st century.

Gordon Belsher brings a glowing warmth to the stage with a gentle charm that has become his trademark. His latest solo CD won “Roots Traditional Recording of the Year” at the 2013 MUSIC PEI Awards.

As accompanist and featured vocalist with Richard Wood, Gordon has toured extensively across Canada, the U.S., the U.K., Europe, Australia, and performed as part of the cultural delegation for Team Canada in Tokyo, Japan in 1999.

Over the last few years, Richard and Gordon have been performing and touring as a duo.

Enthusiastic audiences have been taken on a roller coaster ride of exhilarating – even exhausting – jigs and reels, strathspeys and hornpipes, and beautiful airs, many composed by Richard himself. This is complimented by Gordon’s engaging songs, some humorous and some poignant, warming things up for the next fiddle blaze.

For a video of what you can expect from this amazing musician, watch the video below: