Derby woman hits deer and motorcycle on I-93 - Newport Dispatch 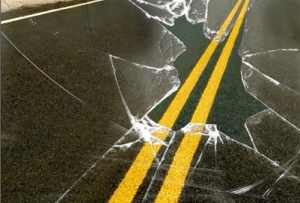 DERBY — A 56-year-old woman from Derby struck a deer on I-93 Monday afternoon, causing her vehicle to swerve and collide with a motorcycle.

Police say that Cheryl Thwaite was traveling north on I-93 in the left travel lane near St. Johnsbury, when a deer ran in front of her vehicle. She swerved into the right lane, but still ended up striking and killing the deer.

Pierre Mailhot, 72, of Bury, Quebec, was driving a motorcycle in the right lane when Thwaite swerved. She struck his bike, causing it to veer off the right side of the road and down a grassy embankment. The motorcycle came to rest 75 feet off the roadway.

Genette Charland, 72, also of Bury, was riding on the back of the bike. Police say that both Charland and Mailhot were taken to Northeastern Vermont Regional Hospital for minor injuries.

Thwaite was not injured, but her 2007 Kia Sedona sustained front end damage.