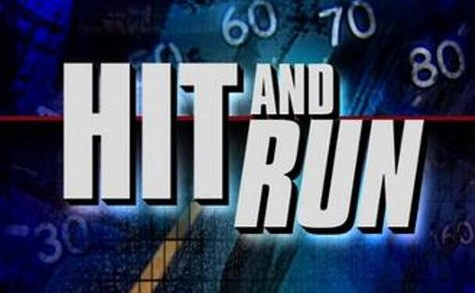 WESTMORE — A 70-year-old cyclist was struck by a car on Saturday during a bike race in Westmore. The driver of the vehicle fled the scene, and now Kingdom Games, who organized the race, is offering a $1,000 reward to whoever can help identify the driver in this hit-and-run case.

The incident happen on Saturday, September 27, during the Fall Foliage Tour de Kingdom. The victim, Edward McMenamy, is a Florida resident who was in town for the event.

McMenamy was riding his bicycle southbound along Vermont Route 16 in Westmore when his handlebars were struck by the passenger side mirror of a passing vehicle, forcing him to be flung from his bike and onto the side of the roadway.

He sustained injuries to his left hip, leg, and foot. The vehicle that struck him continued traveling south and did not stop to render assistance. The vehicle was described by witnesses in the area as being a small grey or silver sedan with unknown registration.

The passenger side mirror of the sedan came off of the vehicle upon colliding with McMenamy and was recovered by Vermont State Police.

In a statement issued by Phil White, Director of Kingdom Games, the organization is offering a cash reward to anyone who can help identify the driver.

“Kingdom Games is offering $1,000 to the person who first provides information leading to the arrest and prosecution of the motorist who hit one of our cyclists and then fled the scene,” White wrote.

White went on to say that motorists have been extremely respectful of bicyclists on the roads this year.

“I would like to note my observation during recent years of our Tour de Kingdom rides is that motorists have generally been extremely respectful of bicyclists out on the road, passing them wide, whenever possible. This accident does not appear to be part of any intentional harassment of the cyclist. Instead, it involved the motorist trying to “thread the needle” between the bike and oncoming traffic.”

Anyone with information about the possible identity of the vehicle or the owner is asked to contact Sgt A. Jensen at VSP Derby 334-8881.

For more information on the cash reward in this case, contact: