DERBY LINE — A U.S. Customs and Border Protection (CBP) vehicle that was parked outside the Port of Entry at Derby Line for over a month has been moved, after locals complained that it was making it unsafe to exit the Derby Line Post Office. The CBP cruiser was parked in a way that created a blind spot to oncoming traffic along Route 5.

Village Trustee Kieth Beadle met with CBP officials on Wednesday to discuss the issue. During the course of the meeting Beadle walked them to the site where the cruiser was parked, demonstrating that it was creating a visual obstruction for motorists.

The CBP vehicle was moved later in the day, and is now parked outside the Village Hall.

“They could see that the vehicle was causing a problem, and so now that it’s been moved, we’ll see how it goes,” Beadle said. “We might still get some complaints about the vehicle.” 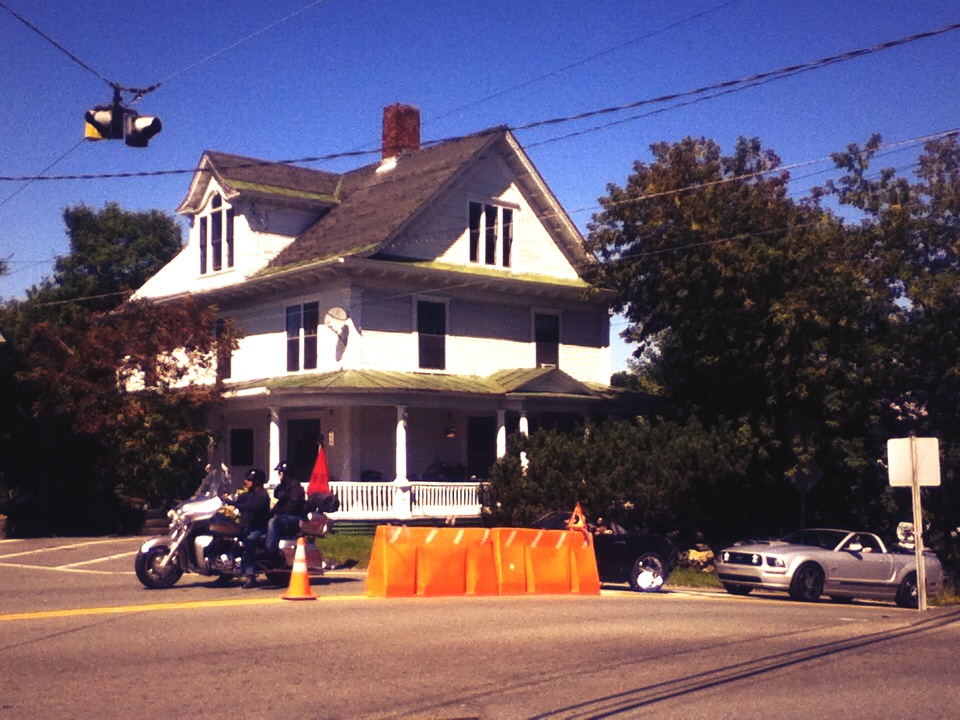 There was another marker that was set up by CBP, an orange barrier placed between north and southbound lanes on Route 5 that sits at the top of the hill where motorists enter the U.S. The barrier is directly blocking a parking space outside Brown’s Drug Store. During Wednesday’s meeting, it was stated that this marker will also eventually be moved.

“It’s going to be gone by winter, because we’ll need to plow the road,” Beadle said. “It’s there now to prevent anyone coming up the hill from turning on Caswell Avenue. But, from what was said today, it will be gone eventually.”

Although the concerns of village residents was eventually addressed by CBP, Beadle said that he would have liked more communication from the CBP to begin with.

“We weren’t very pleased with the way they went about positioning the car and the barrier in the first place, because they are supposed to at least tell us what they are contemplating doing, and that didn’t happen,” Beadle said. “They told us afterward, then waited over a month to have a meeting to talk about it.”