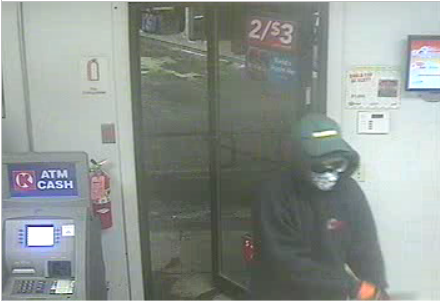 NEWPORT — On January 23, 2014 a man entered the Circle K in Barton, brandishing a knife and demanded money from the clerk. An estimated $150 was turned over by the clerk, and the man fled the scene on foot.

Video surveillance from the store showed the perpetrator had been dropped off by a yellow vehicle.

It didn’t take investigators long before they had their suspects. Daniel Dunn, of Oxford, Maine, ended up calling police and informing them he was out-of-state, where he could be reached for questioning. Dunn’s cell phone was also tracked as being in the area at the time of the robbery. Suzanne Champagne, of Enosburg Falls, was identified as the getaway driver.

On Wednesday, Champagne was in Orleans Superior Court in Newport to face sentencing. She received 30 days on a work crew, with an underlying sentence of one to five years. As part of the deal she agreed to testify against Dunn.

Both Dunn and Champagne confessed to the crime. In Maine, Champagne stated, “Okay, yes, Danny robbed the Circle K.” She also informed police that they did it because they needed money to purchase heroin. Champagne later destroyed the clothing worn by Dunn during the robbery.

It also came out in the confession that the two were in Lyndonville to buy heroin when they were pulled over, shortly after the robbery. They were not picked up at the time, but this traffic stop helped identify them as suspects during the investigation.

Dunn stated that he fled to Maine to get cleaned up from his drug addictions. He will likely be in court sometime in October, as the case against him goes forward.