Ben Luna takes his campaign to the streets of Newport

NEWPORT — Ben Luna, an Independent running for Orleans County State’s Attorney, took his message to the streets of Newport on Friday, welcoming motorists, and talking to people as they passed by.

Talking with people about the role of State’s Attorney, as well as listening to the concerns of the community, as Luna did on Friday, fits with his message of being what he calls “the people’s prosecutor.”

“This job stems far beyond the courtroom,” Luna said. “The need in Orleans County is more information sharing, and someone willing to reach out to the community. There’s a real communication gap between the State’s Attorneys’ office, and the community.”

Luna, who lives in Brownington, made clear that although he wants to get his message out that he would bring real change to the office, his campaign is not only one of pointing the finger at the other candidates. He clearly laid out what that change would be.

“I’m the only candidate with a vision to do anything differently,” he said. “I’m proposing an annual community conference on crime and public safety, to bring the community together on an annual basis. I’m proposing a crime central website, to provide educational and crime prevention resources to keep the public informed. We can and should use the internet to promote public safety. I will also apply Vermont nuisance law to go after drug houses.”

Luna spent Friday making sure people know they don’t only have the choice of Republican or Democrat. As an Independent candidate, Luna said this represents his belief that elections should be based on issues, not parties. 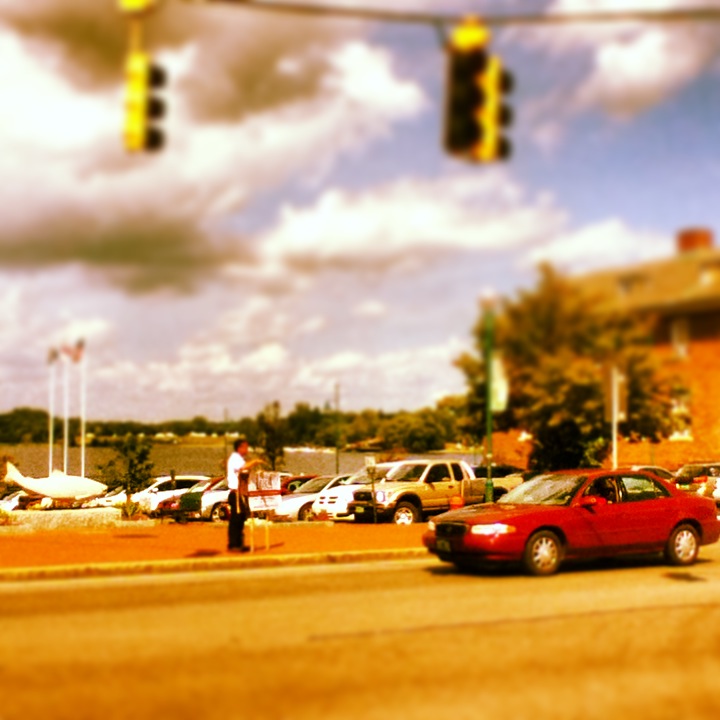 “I vote independantly, and vote for the best candidate on a case by case basis. I feel this is growing more and more important, and so I’m running my campaign not as a Republican or Democrat, but as an independent.”

During an interview on Friday, Luna said that running a campaign takes morning to evening effort, and that he is focused exclusively on winning this campaign. He feels his efforts should be focused on getting out and talking to people.

“It’s really important to get out and talk to people. I’ve learned so much just by getting out and talking to the community.”

Luna is encouraging people to visit his website to learn where he stands on the issues. His website is located at: http://www.statesattorneyluna.com/

“I have a vision to do things differently. I have a clear vision,” he emphasized on Friday.