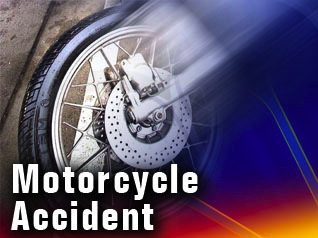 WESTMORE — Roy Gero, a 75-year-old man from Barton, was tossed from his motorcycle after traveling down an embankment in Westmore on Tuesday.

The motorcycle accident took place at around 4 p.m., on Route 16.

Orleans County Sheriff’s Department responded to the scene and found Gero sitting near his motorcycle which had severe damage.

Gero suffered multiple lacerations as well as bumps and bruises from the crash, and was taken to North Country Hospital by Orleans Ambulance.

After an investigation of the accident, it is believed that Gero was traveling north when his motorcycle traveled off the right shoulder of the roadway and down an embankment. The motorcycle overturned, ejecting Gero from the drivers seat.

Currently there is no information available as to Gero’s condition.