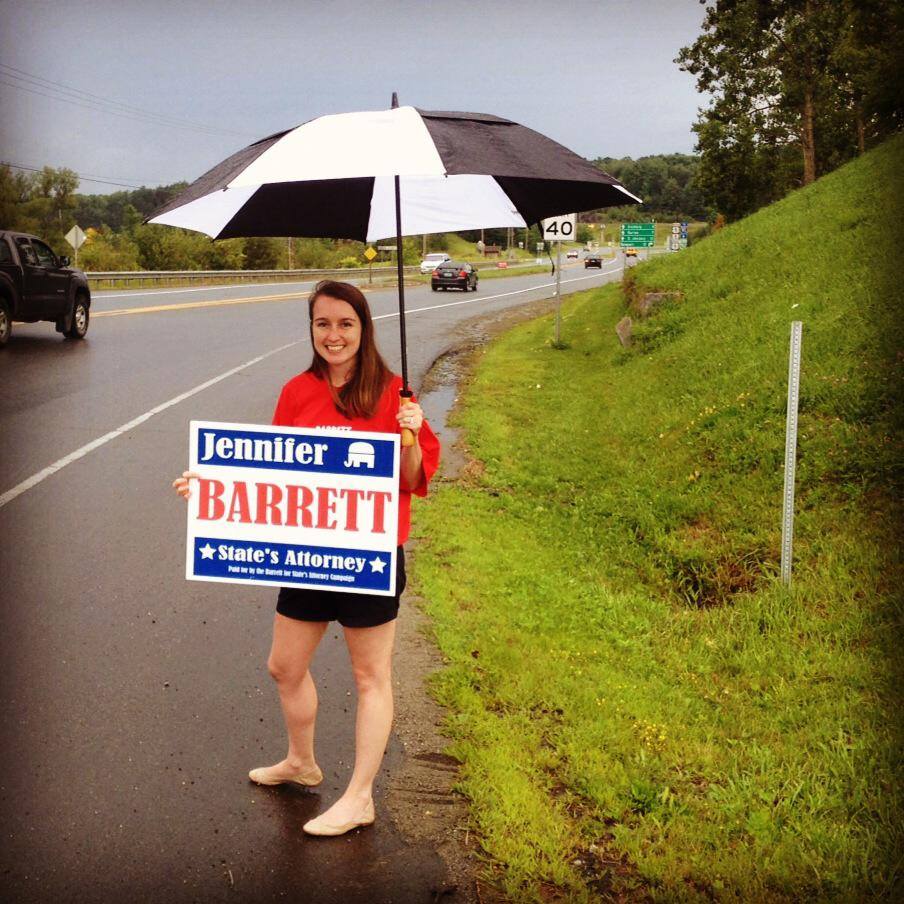 With 17 of 20 precincts reporting, Barrett has 56 percent of the vote:

Barrett has served in the Bennington County State’s Attorney office, where she was the domestic violence prosecutor.

As the incumbent, Franklin was not elected to the position. He was appointed by Gov. Peter Shumlin in 2011, however, he did carry his hometown of Newport City, with 178 votes, to Barrett’s 150.

The next step in the race to become Orleans County State’s attorney will take place in the General Election on November 4. Barrett will face Democrat Jim Lillicrap of Lowell, and independent Ben Luna of Brownington.