CHARLESTON — Two glorious summer days greeted athletes and their families as they took part in the 22 Annual Echo Lake Road Race over the weekend.

The format this year was changed a bit to add a swim on Sunday, and the bike race in the afternoon so that athletes had a chance to do both.

Russell Primeau, 23, of Derby, won the 10 mile run with a time of 1:10:45. His run reflected the spirit of the day. He registered for the 5 mile run, but was feeling so strong after 5 miles he continued on to the second loop and paid his additional registration fee on the way to the winner’s podium.

Winning the 5 mile bike race among the women was Merine Morse, 16, of East Charleston. 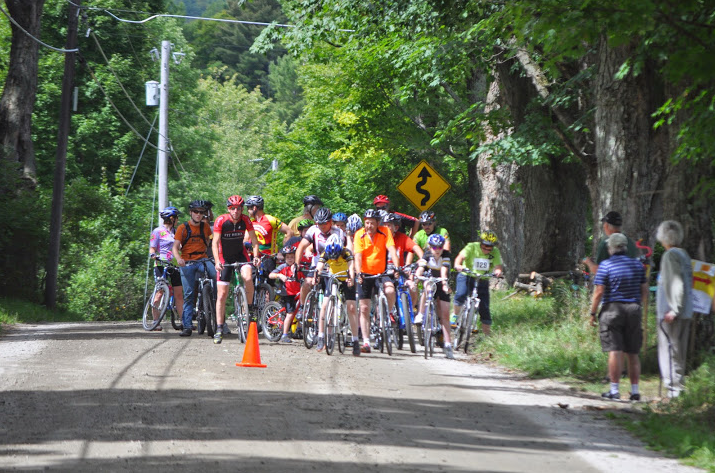 The kids showed up in force, the youngest being Riley Dagesse, 6, of West Charleston, completing the 5 mile bike in 0:37:11. Michael Hyde, a 12-year-old from New York City, came in 3rd overall in the 10 mile bike race, and 4th overall in the 5 mile run. On Sunday, he won the 1 mile swim with a time 0:28:48, being one of only two racers to do all three legs of this newly configured stage triathlon option.

The other was his 10-year-old brother Andrew, who won the 3 mile swim outright on Sunday with a time 1:14:41, fending off several experienced adults.

Andrew was guided by Mark Witt, of New York, who has escorted 11 swimmers in the 28 mile marathon swim around Manhattan. Mark set a straight and true course that made a big difference, but it was Andrew’s gritty determination in the finish of the race that clinched the deal.

The event was at risk of not occurring as Orleans County Citizen Advocacy goes through some strategic regrouping this year. Kingdom Games was asked by OCCA to organize and host the event, with 20 percent of all registration fees for the road races going to OCCA. With the addition of the 1 and 3 mile swims on Sunday, 20 percent of those fees go to support The Echo Lake Association and its effort to keep the lake free of invasive species such as Milfoil. 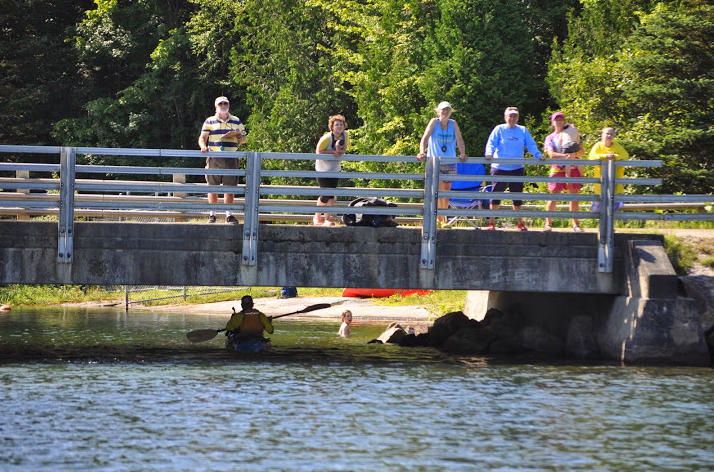 The Road Races raised $448 for O.C.C.A. The swims raised $72 for the Echo Lake Association.

“We were very pleased with the turnout, given that this event wasn’t on the calendar as recently as two months ago.” Phil White, Director of Kingdom Games, said. “I’m confident that this classic event will rebuild over the coming years, that this new format will be popular, and that the swim will grow like all of our other swims.”

The event was hampered logistically because it had to find a new location for the start and finish of the road races and coordinators were told they could not use the beach at the access to launch the swim.

Thanks to Anne and Sarah Mallary, the event was moved to their field for the road races, BBQ picnic, and parking. Mike Vinton and Tom Wagner were helpful in identifying the swimming area on the other side of the bridge by the outlet. The bridge itself became the start and finish of the race and it made for a unique and memorable swim. The pristine waters of Echo Lake made this swim one of the favorites during the recently completed Swim the Kingdom Week, and Sunday was no different.

A wonderful lake, some great roads, good people, and perfect weather all made for a memorable day at this Echo Lake classic. 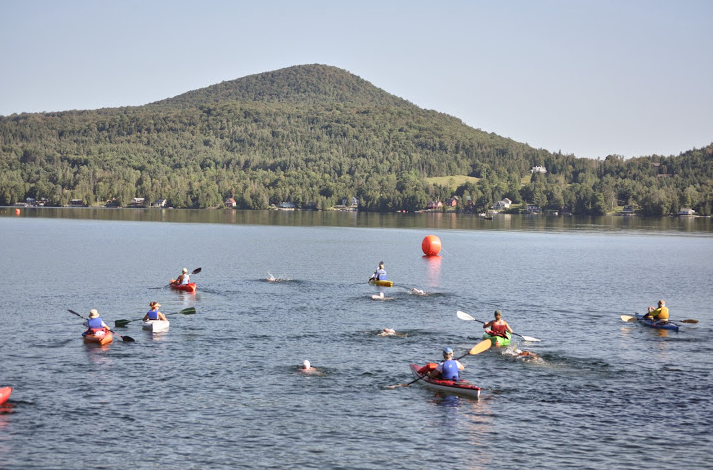