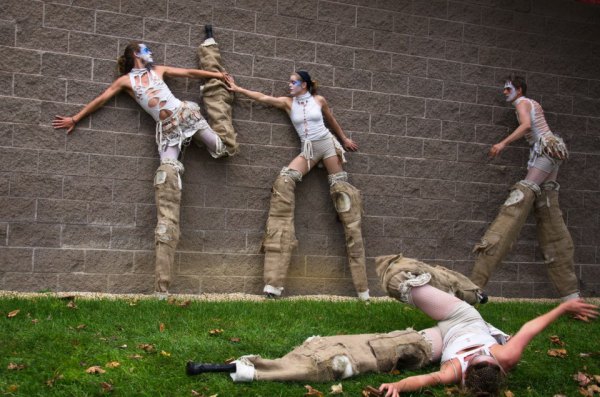 GLOVER — “Acrobatic stilts” may seem had to imagine, but soon the people of Orleans County will have the chance to see what it’s all about.

The Carpetbag Brigade, a San Francisco based theater company, will be putting on a FREE show at the Glover Community School on August 21.

Drawing on acrobatic stilt-walking, butoh dance, contact improvisation, and physical theater, the company creates dramatic productions, and seeks to create bridges of understanding by sharing their work locally and globally in diverse urban and rural settings.

The group will be performing “Callings,” a poetic homage to the sirens of the sea, and the secret intentions of the voices that captivate and haunt us.

In this delicate overlap of circus, dance, and theater, the show weds the grace of modern dance with the raw intensity of physical theater, all in the spectacle-based format of acrobatic stilts.

According to The Carpetbag Brigade, the show asks a few questions:

If the ocean were ill, how would she weep?
If clouds were cryptographs, could we understand the symptoms?
If a sailor survived a siren’s song, could we catch the words falling from the saline tongue?

In the show, images and issues of climate change evoke a shifting undertone and intimate sense of mystery and tension. Sailors mount the sea for trade and commerce, sirens seduce them into understanding the depth of the being they float upon. “Callings” invokes the superstitious nature of creating meaning and asks us to listen to the world we imbue with the supernatural.

Show details are below: 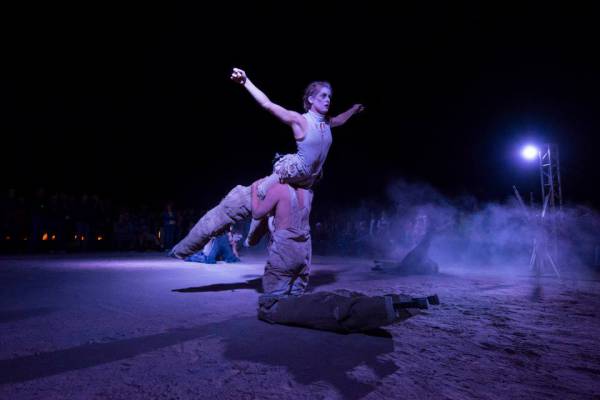