Ten years ago today Coventry was the largest city in Vermont 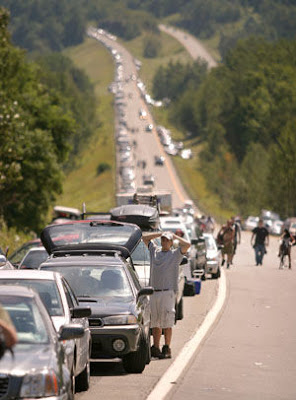 Phish was the only band at the event, performing six sets of music over the two nights that were supposed to be the band’s final live performances. Fans camped on site in tents, creating a community that became the largest city in Vermont over the weekend.

Originally, promoters had expected 110,000 people to attend. After a week of rain had flooded the concert field, people had to be turned away after only about 20,000 made it inside. There was even a rumor that the stage was sinking.

Phish made use of the local airwaves, creating “The Bunny” radio which aired live reports of the chaos, requesting patience from concert goers. Phish bassist Mike Gordon eventually came on the radio to announce that the field and venue were in a state of disaster and that no more vehicles would be allowed inside.

Rumors spread up and down the traffic lanes, where some had waited 30 hours without moving more than half a mile. Finally, tens of thousands abandoned their cars on highway medians, in breakdown lanes, and on the sides of roads. Many hiked to the concert, some walking as far as 30 miles to the venue. 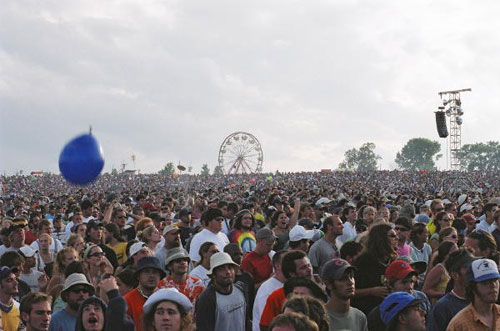 Locals stepped in and began shuttling fans in and out of the site and to their vehicles.

The shows received mixed reviews from fans, who have a history of being critical of the way the band performs live.

Phish ended up getting back together in 2009, and continue to play shows today.

Formed at the University of Vermont in 1983, the band has been together for 31 years. Although receiving little radio play or mainstream exposure, Phish has developed a large and dedicated following by word of mouth. They have sold over 8 million albums and DVDs in the United States.

Coventry actually ranks as one of the least attended of the nine music festivals Phish has organized. 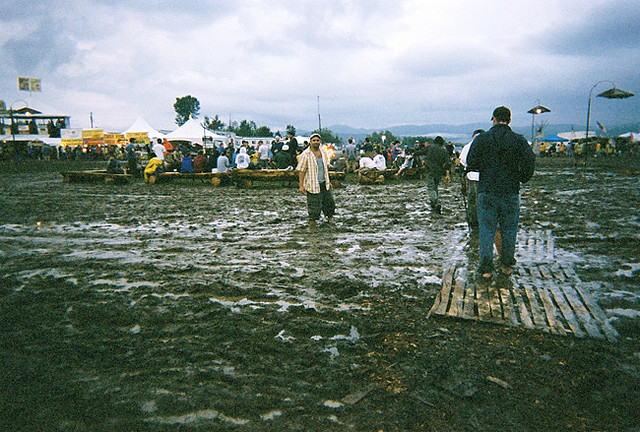