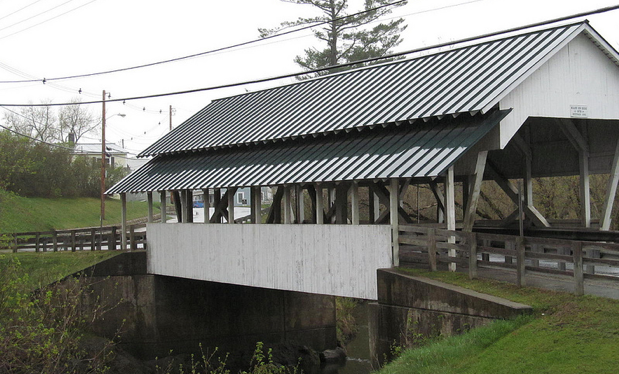 LYNDONVILLE — Authorities say that a 48-year-old man from St. Norbert, Quebec, is responsible for damaging the Miller’s Run covered bridge in Lyndonville, after passing through the structure with his tractor-trailer this morning.

Police report that the driver, Mario Baulanger, was traveling in a vehicle that exceeded the maximum height allowed through the covered bridge.

After the accident, which took place at around 7 a.m. Wednesday morning, Baulanger fled from the scene.

Police later located Baulanger, and he was cited for leaving the scene of an accident.

In 1995, as a result of irreparable damage due to a storm, the bridge was completely replaced. The bridge allows for one-way traffic and has a covered walkway for pedestrians.

The bridge is noted for being the last covered bridge to be used in the State Highway system.