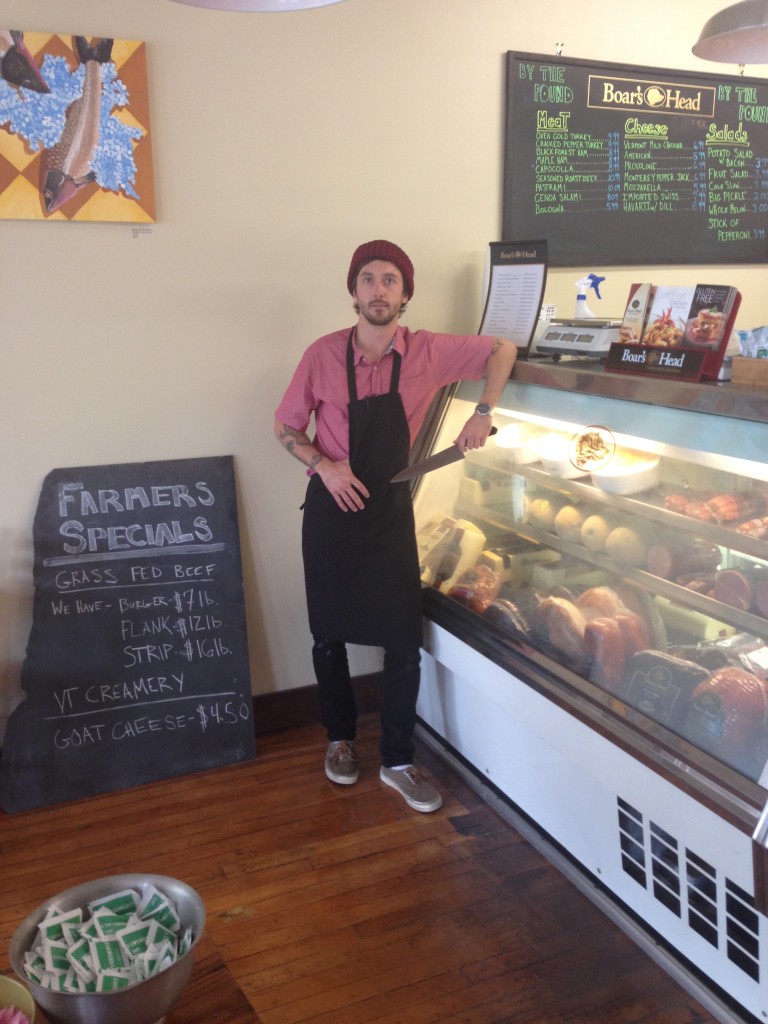 DERBY — Dustin Smith saw a lot of potential in Barre, Vermont. After graduating from the Culinary Institute of America, the 28 year-old native of Derby noticed that the local food scene in Barre was growing in popularity, and decided it would be a good place to start his own business.

In late May, Smith opened Morse Block Deli, and so far business is booming.

Smith wanted to bring as much local food to people as possible, while still keeping prices reasonable. His goal since opening has been to offer the highest level of quality and freshness to his clients.

Barre was a good fit not only because of the availability of fresh local food, but the cost of starting a business was slightly less than in other areas.

“I saw a lot of businesses coming to town, and some were sourcing as much from local farms as possible,” Smith said. “I also started the business as a way to express myself as well.” 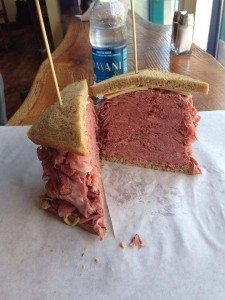 With Morse Block Deli serving sandwiches like “The Eastwood,” named after Clint Eastwood, Smith has succeeded in making his business an expression of himself. They even offer what they call “The Undertaker,” a sandwich serving a tower of pastrami between two slices of rye bread and mustard. To finish the sandwich is truly an undertaking. If you can finish it in twenty minutes they will hook you up with a Boar’s Head t-shirt and hat, along with bragging rights on their wall of fame.

As a graduate of North County High School, Smith grew up in the Newport area, and is excited to see the local food movement in Orleans County gaining in popularity. He even says that in the future he may consider expanding his business, and bring the concept up here.

“I see a lot of good things happening in Newport, and it’s where I grew up, so who knows, maybe in the future we will open a sandwich shop up there.”

For now, as a new business, they are getting ready for their first farm to table dinner, as well as building catering contracts.

In the near future, Smith sees the deli closing at 5 p.m., and opening up as an evening restaurant.

If you happen to be in the neighborhood, stop in at: