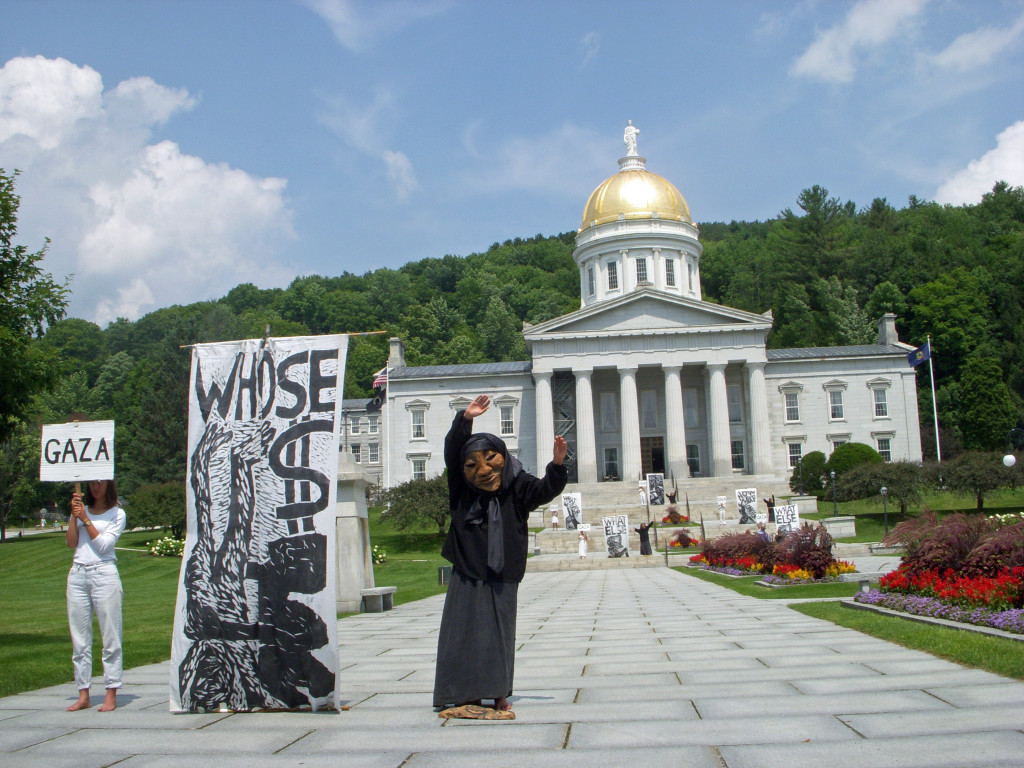 GLOVER — Bread and Puppet Theater, based out of Glover, has stepped up its efforts to use the power of art to bring awareness to the recent attacks on Gaza. The group covered the steps of the Vermont State House in Montpelier on Friday with small vignettes in protest of the situation in Gaza.

The vigil began just after noon. The protest aimed to bring attention to the growing humanitarian crisis in Gaza and the U.S. government’s support of the Gaza attacks.

“These vigils are performed against the U.S.-supported atrocities in Gaza, which are paid for by U.S. taxpayer dollars,” Bread and Puppet’s founder and director Peter Schumann explained.

Seven tableauxs set up on the State House steps depicted Palestinian women with their arms raised over the death of their children. A bell of mourning chimed slowly next to large, black and white woodcut banners featuring such questions as “How Much Longer?” and “Whose Money?”

Many cars honked in support of the vigil and responses were generally positive.

Friday’s vigil came two days after Israel bombed a United Nations school that served as a designated shelter for evacuees, killing at least twenty. In spite of mounting international outcry against Israel’s actions, the U.S. has repeatedly distanced itself from criticism of Israel. 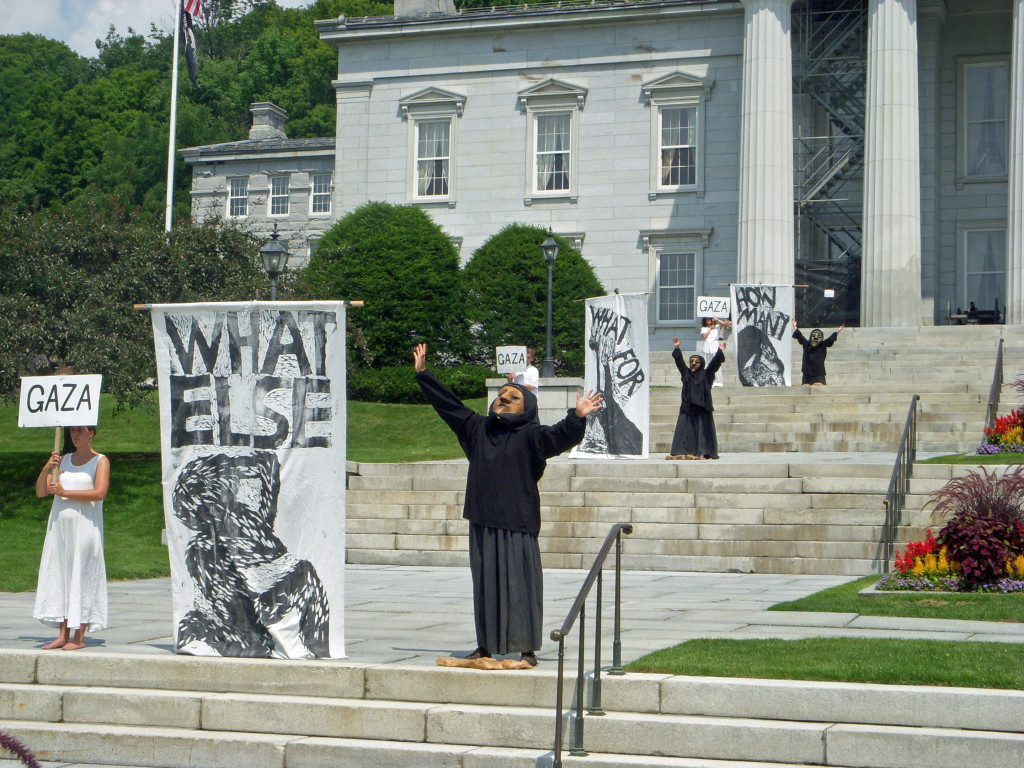 When the United Nation’s Human Rights Council voted Wednesday to begin an investigation of Israel for possible war crimes in Gaza, the U.S. provided the sole vote against the measure. Human rights officials have expressed distress at the lopsided casualties in the conflict. As of today, 1,410 Palestinians have been killed, far outnumbering the 64 Israelis dead.

Bread and Puppet is currently seeking other venues throughout Vermont to perform Fire, Emergency Performance for Gaza. Please contact Erin Bell at 802-525-3031. 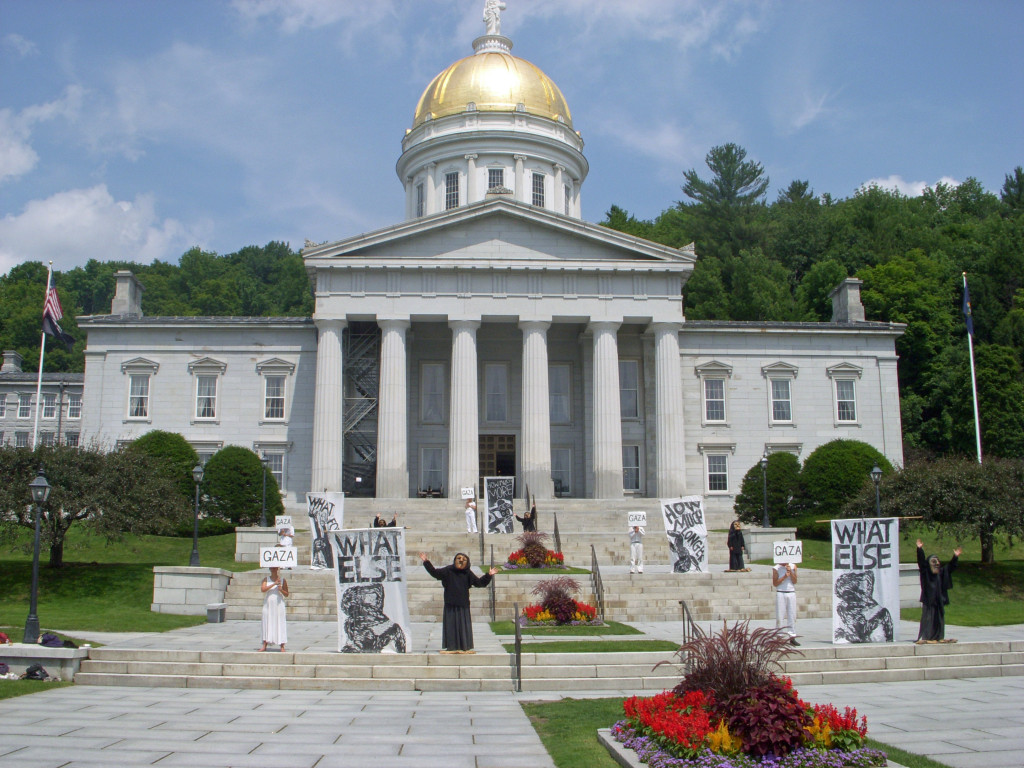