Perron picks up another award 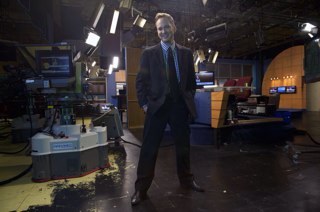 By now Perron is probably used to winning awards. Throughout his career, he has already picked up an Emmy Award, and been nominated for an Emmy Award nine times. He has recieved ten Edward R. Murrow Awards, and a dozen Associated Press Awards. He is also the only non-network reporter in the U.S. to be nominated for a GLAAD Award.

This most recent award is part of the Seven Days Vermont best of Vermont awards called “the Daysies,” where readers cast their votes in categories ranging from best shoe store, to best new restaurant, to best meteorologist.

Darren anchors the Channel 3 News at 6 p.m. on WCAX. He attended Lake Region Union High School, and has family in Barton and Glover. He responded to the good news through Twitter. 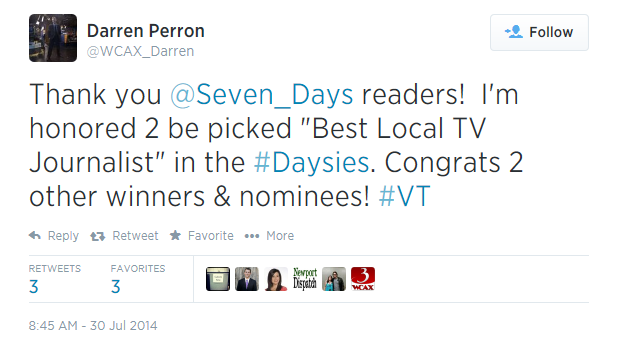