DERBY — Fred’s Plumbing and Heating in Derby had its offices struck by lightning during the thunderstorms Wednesday afternoon, causing the building to go up in flames.

There was a tower on the building that fell during the blaze, which almost hit a Newport City firetruck.

Fire crews from the surrounding areas, including Stanstead, Quebec, were called onto the scene.

These images from the fire were sent in by Margarita Brown: 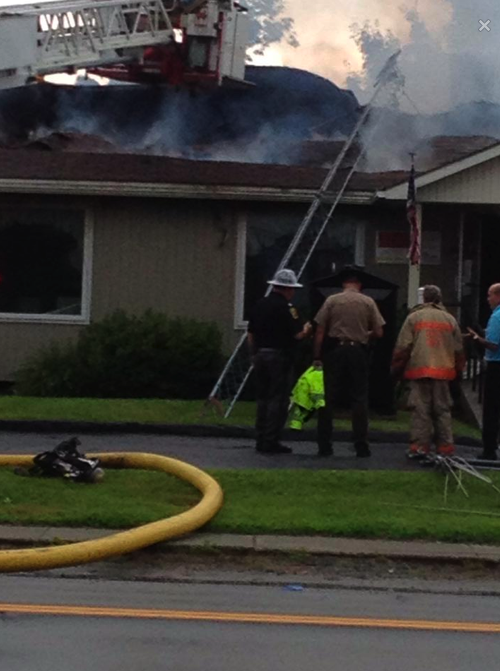 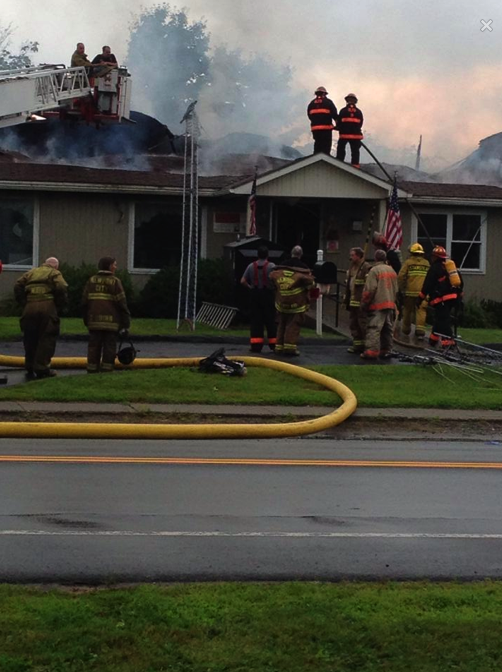 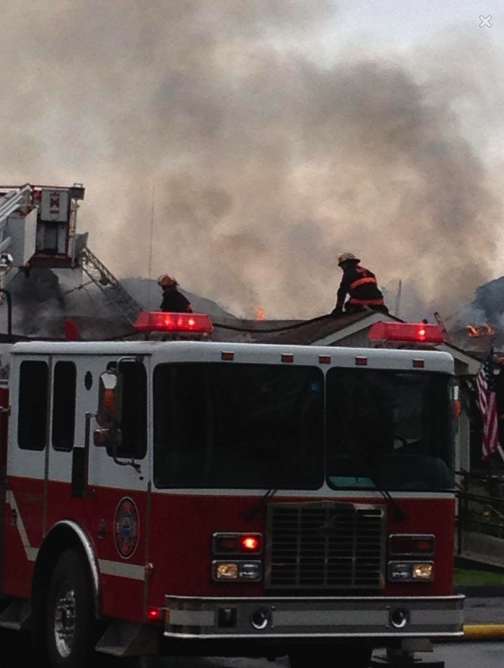 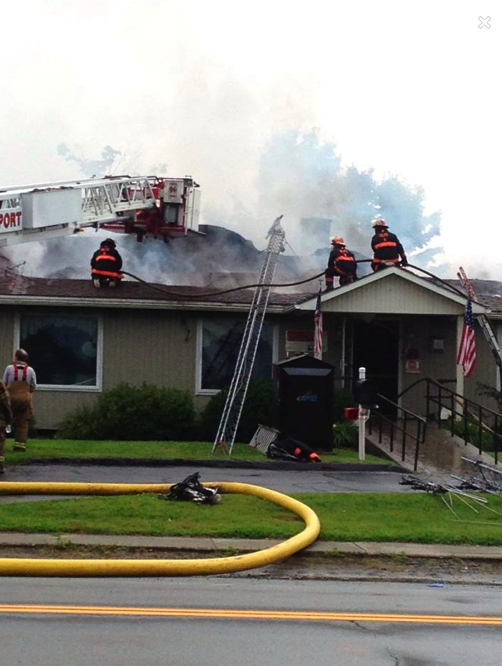 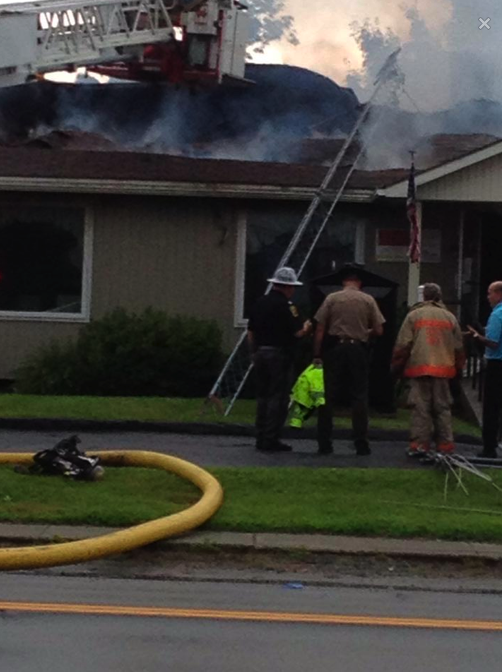 The following image was taken by Becky Deyo: 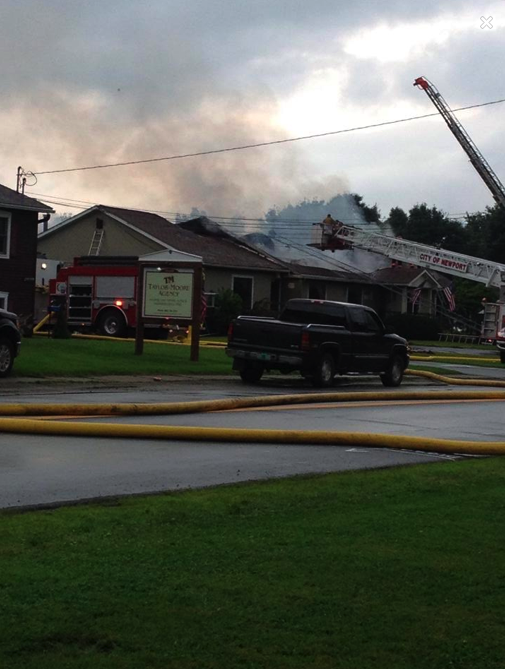 The following photo by Rachel Laplume: 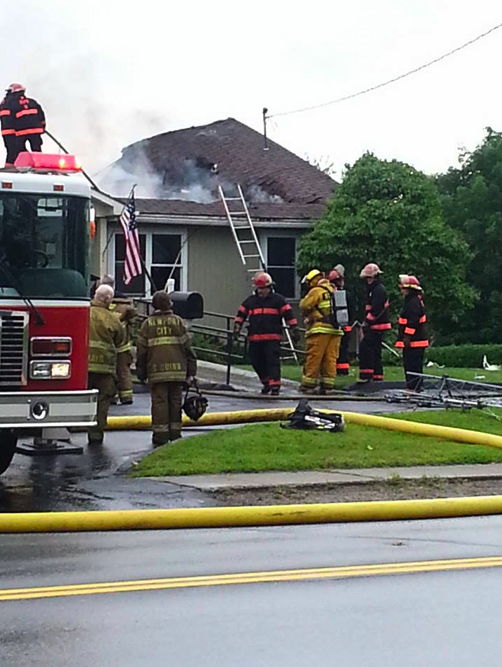