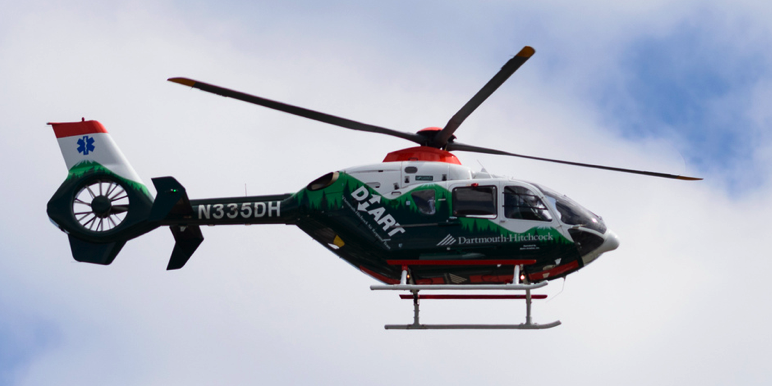 DERBY — An Orleans man was airlifted to Dartmouth Hitchcock Medical Center following a single vehicle crash on Vermont Route 191 this morning that took place in Derby.

Police are saying that the driver has been identified as Joshua McAllister, age 24, of Orleans.

At 9:50 a.m., Vermont State Police arrived at the scene of the crash. According to a statement issued by police, McAllister was transported to North Counrty Hospital with major injuries.

McAllister was later transported to Dartmouth Hitchcock via D.A.R.T helicopter for further care. The crash is still under investigation.

According to an eyewitness account, McAllister’s vehicle, a 2005 Subaru Legacy, was off the road, flipped over on its roof. Police have said that the car was totaled.

We will update this story as more information is released.

DERBY LINE — U.S. Customs and Border Protection (CBP) is planning to
DERBY — The Seventh Annual Memphremagog Winter Swim Festival will be going
DERBY — Police are investigating a series of vandalism incidents that took
DERBY — Each of the three Fred’s Energy offices collected toys again
DERBY — Salem Lakes Association, in partnership with the town of Derby,
Go to Top