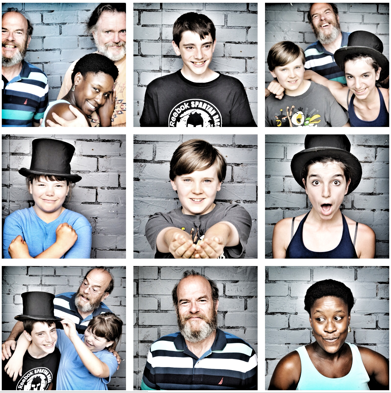 DERBY LINE — In the current trend-driven world of story telling, where Hollywood mandates selling content through gimmicks or endorsements, we can always count on a classic to refresh and satisfy our taste for powerful and thought-provoking drama.

Oliver Twist by Charles Dickens is such a tale. Award-Winning QNEK Productions will revive Dickens’ masterpiece on July 25, 26, 27 and August 1, 2, and 3, at the Haskell Opera House in Derby Line, VT and Stanstead, QC, with a production that is sure to excite and capture the hearts of all ages.

Published in 1938 by Richard Brentley, this timeless story follows the pure-hearted orphan Oliver on a quest for hope and belonging; love and family. From the harsh cruelty of workhouse child labor, through the savage criminal underworld of Victorian London, Oliver’s indomitably kind spirit leads him to the gentle and comforting home of the compassionate Mr. Brownlow, for a fairy-tale ending that is truly deserved.

Lionel Bart adapted Dickens’ novel for the stage and set it to music.  Originating with a successful run on the West End in 1960, it opened on Broadway in 1963, winning Tony Awards for Best Scenic Design, Best Musical Direction, and Best Original Score.  With immortalized songs like “Food, Glorious Food”, “Consider Yourself”, “I’d Do Anything”, and “As Long as He Needs Me”, Oliver! has been a worldwide phenomenon for over 50 years, enjoyed by all generations.

Directed by Phil Gosselin with Musical Direction by Jenny Dunne, and Choreography by Lynn Leimer, this all-star international cast of thousands is led by Marc Lamontagne and Eli Moore sharing the role of Oliver on alternating performances, John Young as Fagin, Brandi Ong as Nancy, Brian McCrae as Bill Sykes, and Molly Moore and Emily Wilkie sharing the role of The Artful Dodger on alternating performances.

Tickets and information are available by calling the QNEK Box Office at 802-334-2216, visiting qnek.com, at the MAC Center on Main Street in Newport, or by advance purchase online or by phone at catamountarts.org and the Catamount Arts Box Office at 888-757-5559.