A look at the new tobacco restrictions in Vermont - Newport Dispatch 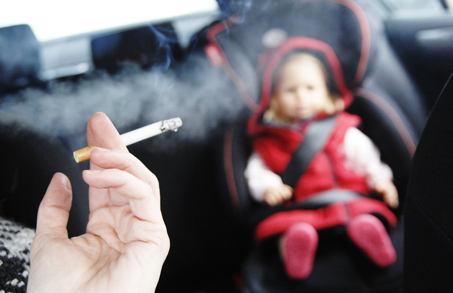 With Act 135, Vermont became the sixth state in the nation to make lodging establishments 100 percent smoke-free.

The law is supposed to protect visitors and the more than 11,000 adults who work in the accommodations and lodging industry, including those who clean rooms and are exposed to smoke residue that stays on furniture, carpeting, and walls. Other states with such laws are Indiana, Michigan, North Dakota, Nebraska and Wisconsin.

“There is no safe level for exposure to secondhand smoke,” said Health Commissioner Harry Chen. “Act 135 expands the protections of our current laws to workers and children especially, and sends a strong and consistent message that we support healthy, smoke-free spaces for everyone.”

In 1987 Vermont enacted its first smoke-free workplace law, and in 1993 was the first state to have a comprehensive clean indoor air act. The state has been strengthening tobacco policies and laws ever since.

According to the 2012 Vermont Adult Tobacco Survey, despite existing smoking restrictions, 48 percent of adult Vermonters report exposure to secondhand smoke at home, in a vehicle, at work, or in a public place in the past week.

Children are especially vulnerable to secondhand smoke, which causes respiratory illnesses, ear infections, and lasting damage to a young child’s developing organs and immune system. According to the 2013 Youth Risk Behavior Survey, one in five children in grades six through eight report being exposed to secondhand smoke in a car in the past week.

“We are fully supportive of this law, and believe it will enhance our reputation as one of the healthiest and safest places to visit and stay in the nation,” said Tourism & Marketing Commissioner Megan Smith.

Bans tobacco use and the use of tobacco substitutes, including e-cigarettes, on all public school grounds and at public school sponsored functions.

Expands protections for children in licensed childcare facilities by banning the use of tobacco products and tobacco substitutes on the premises at all times, both indoors and outdoors.

Bans tobacco use and use of tobacco substitutes in registered family child care homes when children are in care, and parents must be informed if smoking occurs in the home at other times.

Bans smoking in motor vehicles when a child young enough to be in a car seat or booster seat is present.

Establishes a 25-foot smoke free boundary around all State-owned buildings and offices, and requires that all State-owned and operated hospitals or secure facilities have a smoke-free campus. The Vermont Psychiatric Care Hospital will be smoke-free when it opens.

Bans the sale of liquid or gel substances that contain nicotine, such as e-cigarettes, unless the product is contained in child-resistant packaging. This restriction will go into effect on January 1, 2015.

STOWE — A fire at a well-known lodge in Vermont has authorities
NEWPORT — Police arrested a man passed out in a car with
NEWPORT — Catamount Arts recently announced its latest community-generated endeavor, a cookbook
ST. JOHNSBURY — A 61-year-old man from East Burke was killed following
NEWPORT –A small nonprofit based out of Newport that works with local
Go to Top