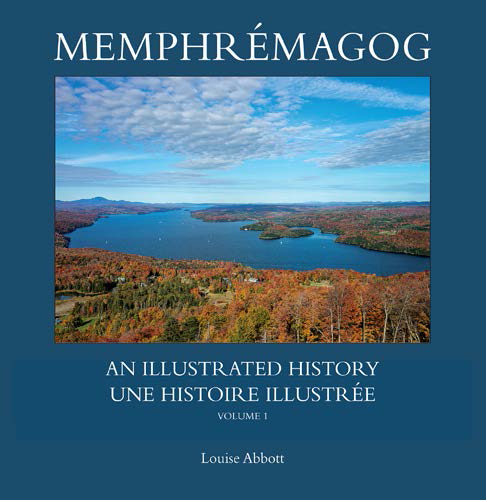 The book will be the first landscape history of Lake Memphremagog and its surroundings. The book launch will take place August 9 in Newport.

Abbott spent three years doing meticulous archival research, on-site explorations, and oral history interviews, in order to trace the origins of the Memphremagog region and to examine the ways in which natural and man made forces have altered it.

This bilingual coffee table book will be 308 pages with 175 richly illustrated reproductions of historical photos, paintings, maps, as well as ninety contemporary photos by Louise Abbott and Niels Jensen.

The retail price is expected to be $49.95, with the Memphremagog Conservation Incorporated receiving a portion of the proceeds from sales.

Book launches will take place in various locations around the lake from late July to October, including July 20 in Georgeville, July 24 in Austin, August 2 in Mansonville, August 9 in Newport.