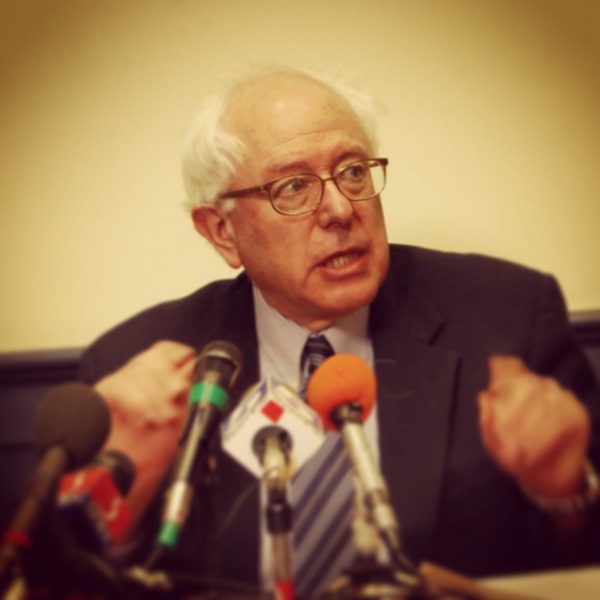 On Thursday, Vermont Sen. Bernie Sanders accused oil companies and Wall Street speculators of using unrest in Iraq as an excuse to artificially drive up crude oil and gasoline prices.

“I am getting tired of big oil companies telling us that gasoline prices are going up because of the turmoil in Iraq. The truth is that big oil will never miss an opportunity to increase the price of gas. Today, it’s Iraq. Tomorrow, it may be the weather. On and on it goes,” said Sanders, a member of the Senate energy committee. “The fact is that high gasoline prices have less to do with supply and demand and more to do with Wall Street speculators driving prices up in the energy futures market.”

The price of oil rose above $115 a barrel, a new nine-month high on the New York Mercantile Exchange, ostensibly because of concerns that sectarian violence in Iraq could cut off the country’s exports. The price of regular gasoline rose to $3.67 a gallon, up a nickel in the past month, despite the fact that there is more supply and less demand for gasoline than five years ago, when the average price of a gallon of gas was just $2.67 a gallon.

Sanders said he will introduce legislation to force the Commodity Futures Trading Commission, the federal agency that regulates oil markets, to use its emergency authority to eliminate excessive oil speculation. Sanders’ proposal is virtually identical to bipartisan legislation that overwhelmingly passed the House in 2008 by a vote of 402-19.

“Millions of Americans are hurting as a result of excessive speculation on the oil futures market,” Sanders said. “The time to provide the American people relief at the gas pump is now before this situation gets even worse.”

He cited a growing consensus that excessive speculation on oil is significantly contributing to the high pump prices for gasoline. Exxon Mobil, Goldman Sachs, the International Monetary Fund, the St. Louis Federal Reserve, the American Trucking Association, Delta Airlines, the Petroleum Marketers Association of America, the New England Fuel Institute, the Consumer Federation of America and others have blamed excessive oil speculation has significantly increases oil and gas prices.

Goldman Sachs, perhaps the largest speculator on Wall Street, has acknowledged that excessive oil speculation costs Americans at least 56 cents a gallon at the pump.