STANSTEAD, QC — “It’s like time stood still, but went a thousand miles per hour all at the same time,” Dany Flanders said before his gig at the newly renovated Place Del Monty on Saturday night.

Flanders, who has been in Florida for the past 25 years, has been coming back to the area every summer. Born in the United States, and raised in Stanstead, Saturday night was a homecoming for the talented singer.

“My wife is also from the area, so it’s important for us that our kids know where their parents come from. Also I can come up for three months and still keep working.”

Flanders is no stranger to the Del Monty venue. On Saturday night he played to a crowd of about 100 people, mostly friends and family. Although the new Place Del Monty is a much different place than it used to be, thanks to new owner Marcel Hauben, who has worked tirelessly to give new life to the Stanstead landmark, in many ways it still feels like the old Del.

“You walk in and everything looks different, but it still feels the same,” Flanders said. “The cars parked and lined up on the hill, people waiting to get in, it just brings back memories. I played here on this stage many times.”

Some of those memories Flanders has are from being a young musician, and getting the green light to play at the Del Bar, which, back then was a big deal.

“Every once in a while we would play a few weekends, and we felt like rock stars.” 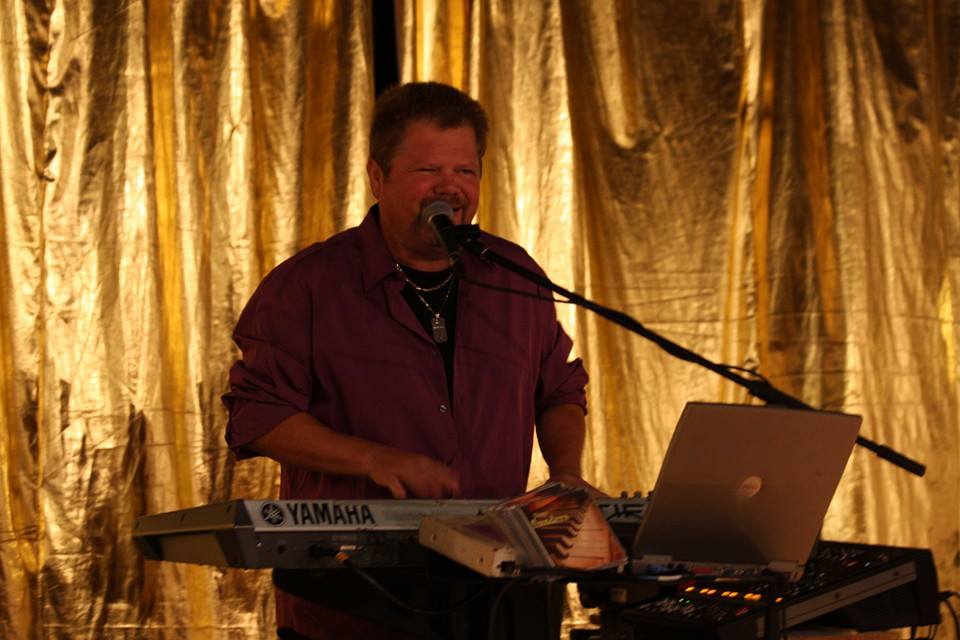 Now, Flanders returns as much more than a rock star. Few rock stars have had as lasting and as successful of a career in the music business as he has. Working as a full time musician in Fort Lauderdale, Flanders is a one man band, playing cruise ships, restaurants, country clubs, concert venues, and still finding time to visit the recording studio.

One of the breakthroughs in his career came on a whim, when he traveled to Montreal to audition for the hit show La Voix, or The Voice, Quebec’s version of American Idol. Dany was a finalist in the show, earning himself many fans along the way. French Canadians visiting Florida often make their way to see Flanders play because of his popularity on La Voix.

It’s been a long road back to the area once again for another summer for Flanders, and his description of it moving fast is shared by his biggest fan, his mother Lise. She has watched as her son’s talent became his life’s journey.

“I found out he had talent at one year old, when we sang him Happy Birthday,” Lise said. “The next day driving to Sherbrooke, he was in the car singing the melody to the song, and I knew he had it in him.”

Flanders will be in the area throughout the summer. He will be at Cabaret de Eastman, in Eastman, Quebec, on Friday, and BorderFest in Stanstead, on July 5.