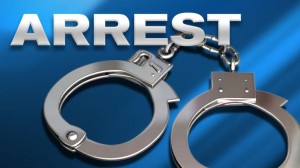 DERBY — A 27-year-old woman from Derby was arrested early this morning after police received a report of a domestic disturbance. The woman is reported to have kicked officers while they attempted to place her under arrest.

Upon waiting for her to return, police observed Columbia drive into a parking lot from off U.S. Route 5. When speaking with her, police say that the odor of intoxicants was detected and field sobriety exercises were issued.

After completing field sobriety tests, Columbia was informed she was being placed under arrest for suspicion of DUI and Domestic Assault.

According to police she became upset when troopers tried to explain the situation and even attempted to leave. They are also saying that Columbia began kicking the troopers and thrashing her body.

She was taken into custody and transported to the Derby Barracks, where she was processed for DUI, Resisting Arrest, and Domestic Assault.

She is being held at Northern State Correctional Facility on lack of $750.00 cash or surety bond, and is scheduled to appear in Orleans County Court on June 10, 2014.