Something for everyone at Aquafest this year 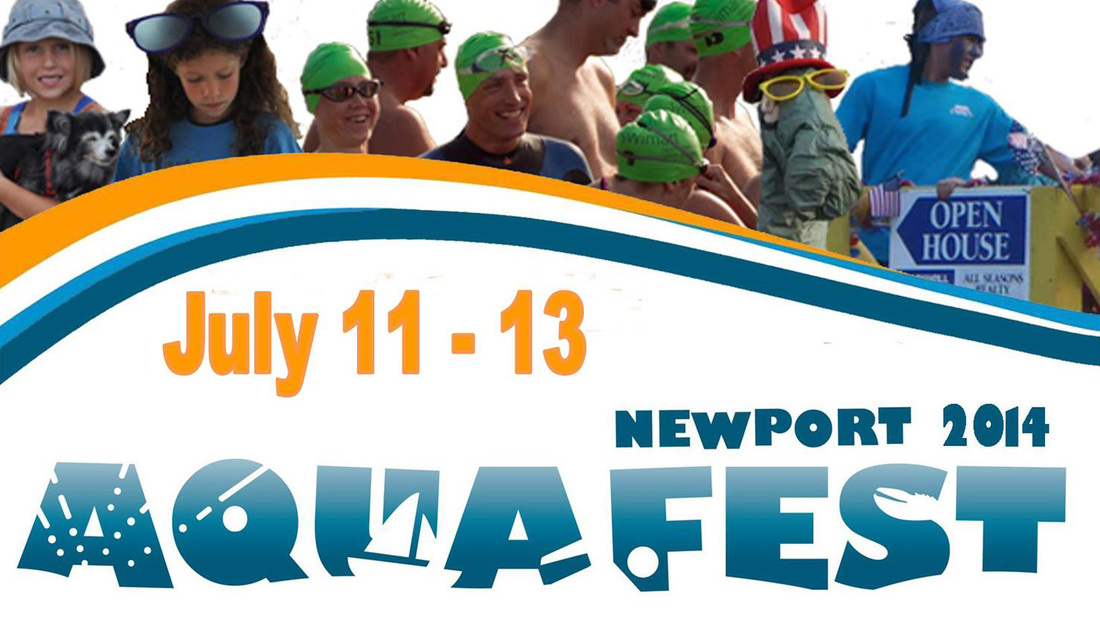 NEWPORT — Aquafest is making its splash on a new date and with a new challenge this year. Moving forward one week to July 11-13, Aquafest is calling all teams for its new amazing race, the VT 105 Challenge.

This fun and exciting new event will include challenges such as eating large amounts of food, counting a large number of items, finding a shop or location, carrying items long distances, assembling a difficult structure, or solving riddles in order to get to the next clue.

Family members, friends, and business colleagues can compete as teams in this wacky, fun event-filled race.

Also new in the line-up of this year’s festivities are:

• A Friday night Street Festival, following the Pet and Swimmers Parade. Be ready to strap on your blue suede shoes and boogie on Main Street to some of the Kingdom’s best entertainers, including DJ Double Trouble and ETA.

• Kid’s entertainment at the Waterfront Festival on Saturday will include Marko the Magician, Captain Radical and Dux the Balloon Man.

• Chowderfest will be making waves to its new location at the Gateway.

This summer celebration on the shores of Lake Memphremagog kicks off on July 11 at Prouty Beach with a 10 mile flatwater race and “expedition” for Kayaks and Stand Up Paddle Boards. The expedition will start from Prouty Beach at 1:00 p.m., head out of Newport Bay north to the Canadian Border, around Black Cove and Bell Islands and back to Prouty Beach.

The fun continues on Friday evening at 6:30 p.m. with the Pet and Swimmers Parade. Join in the fun and march in one of the craziest parades in the nation. Participants from all over the country march along side pets in costume and a host of floats and other participants. Build a float, march in costume and take a shot at winning this year’s John Belushi look-a-like contest. The parade will start at Gardner Park, march to the top of Main Street and end the evening with the new Street Festival on Main Street.

Saturday will bring a full range of events and activities, including the world-renowned open water Kingdom Swim on Lake Memphremagog. The Kingdom Swim is a competitive and recreational charity swim for all skill levels, young and old alike.

The family favorite Aqaufestival will commence at noon along the boardwalk of Lake Memphremagog. This year’s Aquafest family entertainment will feature signatures performances from Marko the Magician, Captain Radical, and Dux the Balloon Man, all live under the lakeside gazebos.

Moo92 will be broadcasting live at the Gateway from noon until 2:00 p.m. while locals compete in the annual Chowderfest competition. Buy a spoon for $5 and dig in to a variety of Chowders entered to win “Best Chowder!”

The Waterfront Festival closes with the new Vermont 105 Challenge starting at the Gateway and ending with the after race party.

Kingdom Aquafest will draw to a close on Sunday following the annual Aquafest Yacht Regatta and Lobster Bake. Watch the race, or join in on the fun with your sailing yacht. This short race, all taking place within view of the Newport Harbor, requires luck along with the technical skills. All is put on the line in this race for a year’s worth of bragging rights.

Aquafest is a collaborative effort of Kingdom Games, Newport Parks and Recreation, and Vermont’s North Country Chamber of Commerce. For a complete listing of Kingdom Aquafest events and activities, to include links to special event websites, please visit www.kingdomaquafest.com or contact Vermont’s North Country Chamber of Commerce at (802) 334-7782. Emails are invited to [email protected]