This Dispatch sent in from Paul Lake. Lake, aka Da Bird Man, is a native of Chicago. Don’t let his “dees, dems, and doos,” fool you. He might talk–and write–like he’s got the Windy City blowing through his ears–even though he’s been living in Vermont for more than six years–but in the world of bird watching literature, he’s da Hemingway of his generation. Follow Lake on Twitter @daddyoooooo 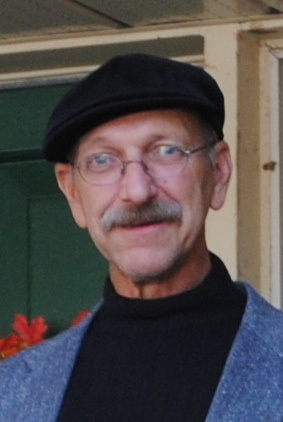 There is a sparrow dat comes on my deck every morning and sings his little heart out to me. I told him in plain English dat if he was lookin’ for a mate he was tweetin’ up the wrong tree…he immediately took off for greener pastures.

Only he come back da next day, and da next day and….could it be possible he just wants to be friends?

He’s da kinda bird dat just likes to pop in, chat a bit and fly off. My favorite kinda guest..da pop in, slip out.

I’m gonna have to give dis sparrow a name, if dat be da case….something like, hmmm, Tony. Then when he drops by in da morning, I’ll know exactly what to say. You guessed it….eh, Tony!

So my birdwatcher friends, there’s plenty of worms for da robbins and my neighbor seems to have claimed da yellow finches…plenty of insects out for da chicka dee dee deez.

Guess its time to sit back in the ol’ Adirondack chair, grab a cold one and soak up some of that natural vitamin D, which is so scarce in da kingdom….and do some serious bird watchin’.