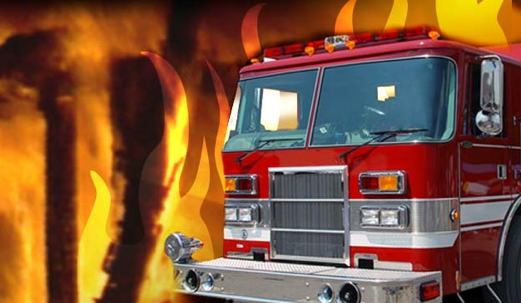 NORTH TROY — A fire broke out at around 7 p.m. on Sunday in North Troy, displacing a family of five. John and Amanda Farley, the owners of the home, were outside when the fire started. Nobody was hurt.

According to North Troy fire chief Dave Allen, the department responded to the structure fire, and were able to extinguish it within 30 minutes. It is believed that the fire started from an electric fan.

The Troy Fire Department was on stand by, however, Allen and around 19 North Troy firefighters were able to manage the fire without assistance. They were able to save the house, keeping the damage confined to two rooms. The home, which is located on Pine Street, also sustained water damage.

When firefighters arrived on the scene, flames were seen coming from a bedroom located on the second floor. Allen and his team were able to leave the scene by around 8:30 p.m.

The Orleans County Action Disaster Team worked with the Red Cross to arrange temporary lodging for the Farley family, as well as providing assistance for food and clothing.

The home was insured, and the initial investigation points to faulty wiring as the cause of the fire.

There is work that will need to be done before the Farley’s can move back in.