DERBY LINE — QNEK Productions, the International Theatre Company in Residence at the Haskell Opera House, kicked off the start of their 21st season on Friday, May 2. The first show, Boeing Boeing, ran through the weekend, and will finish up with shows this coming Friday and Saturday.

I’m no critic, so I don’t write reviews pretending to be one. I attended the Sunday performance of Boeing Boeing, and I thoroughly enjoyed the experience.

First of all, QNEK is in my opinion a treasure of the Newport area. Besides being an extremely talented group, their use of the Haskell Opera House in some ways keeps the building alive. That few hours inside the historic theatre is by far one of the best cultural experiences this area offers.

Sunday’s show, directed by Jenny Dunne, brought together QNEK veterans like Mike Desjardins and Kim Prangley, as well as newcomer Christopher Planetta, and Susan Kuzma, who is returning for her second season with QNEK. The small cast of six in Boeing Boeing makes it easy for the audience to connect with the characters in a way that would be impossible with a large ensemble.

Boeing Boeing, set in the 1960’s, is a fast paced farce that follows swinging bachelor Bernard through the roller coster day that all three of his stewardess fiancés end up in Paris at the same time. Previously, he had been juggling the girls based off of their flight schedule. But now, with his friend Robert in town, his smooth plan hits a little turbulence.

When it comes to comedy, timing and delivery are everything. The entire cast of Boeing Boeing on Sunday had both the timing and the delivery to keep the audience laughing out loud. The quick witted dialogue and character interaction reminded me of watching old Cary Grant films.

French, German, and American, the stewardesses, played by Prangley, Ruth-Ann Fletcher, and Michele Streeter, each did a fantastic job of playing within the stereotypes of their characters. Desjardins, who played Bernard, worked well with Planetta. The two formed a one-two comedy punch. Kuzma, who played Robert’s maid, delivers some of the funniest lines of the show, as she has had enough of Bernard’s chaotic lifestyle.

With the first weekend of performances over, QNEK is off to a fantastic start to their 21st season. I highly recommend coming out for one of the final two shows of Boeing Boeing. It’s a good time, and everyone involved in the show deserves a round of applause.

Not to spoil anything…one of my favorite parts of the show happens at the very end, during the curtain call. You’ll have to go to see what I’m talking about.

Here are some pictures from Sunday’s show taken by Tanya Mueller: 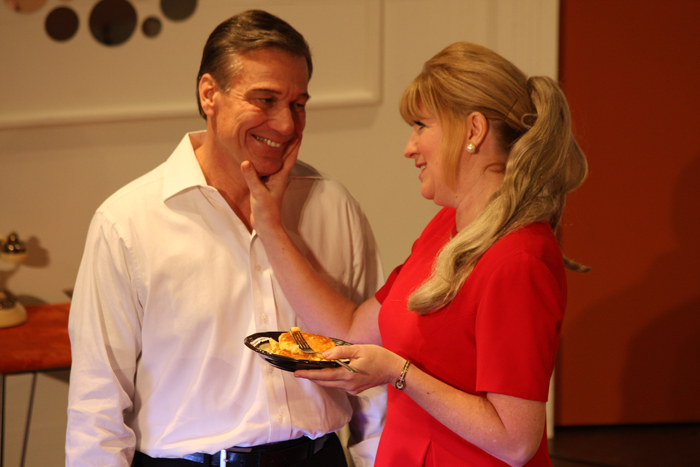 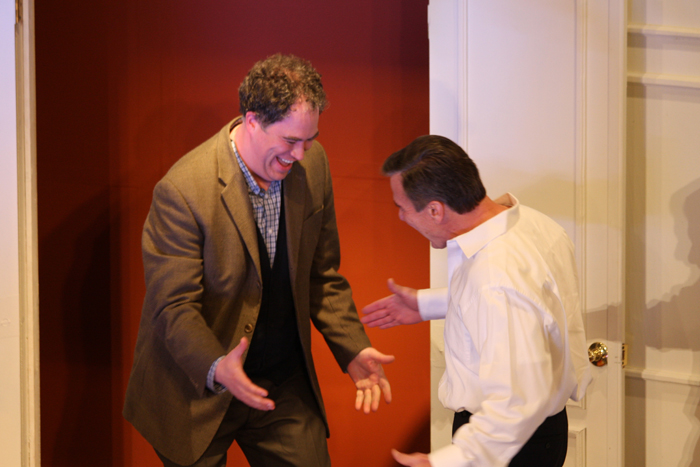 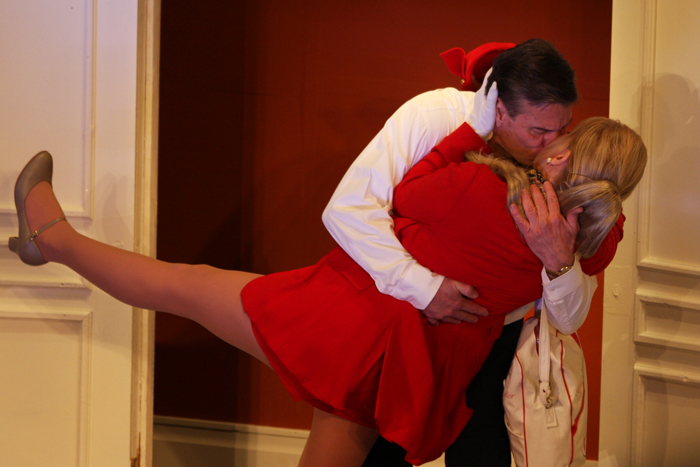 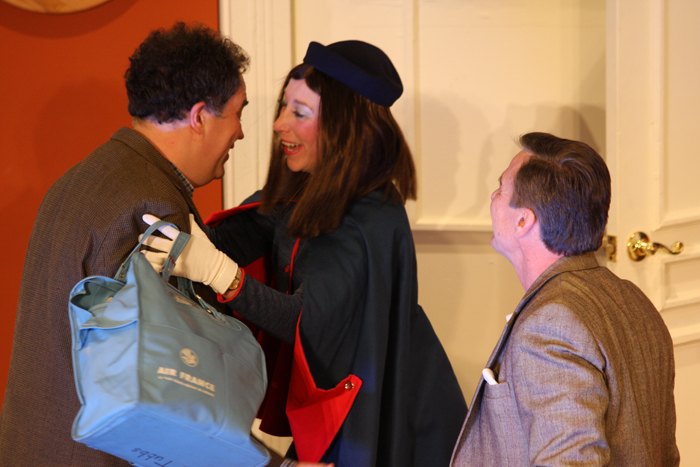 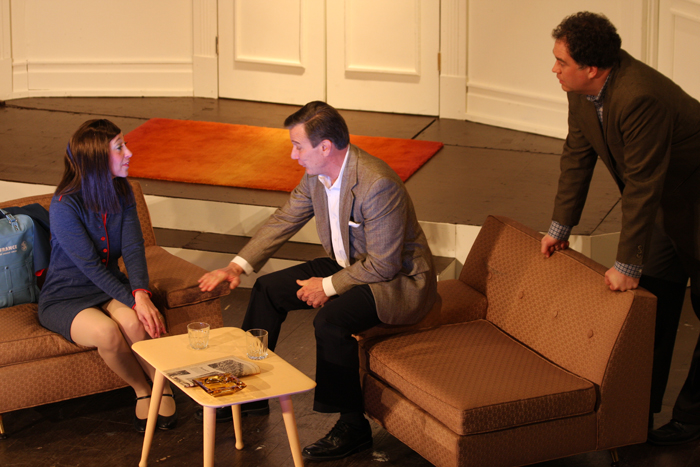 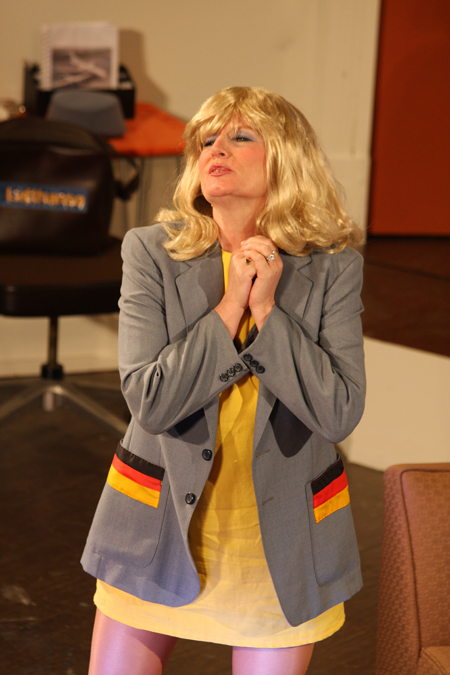 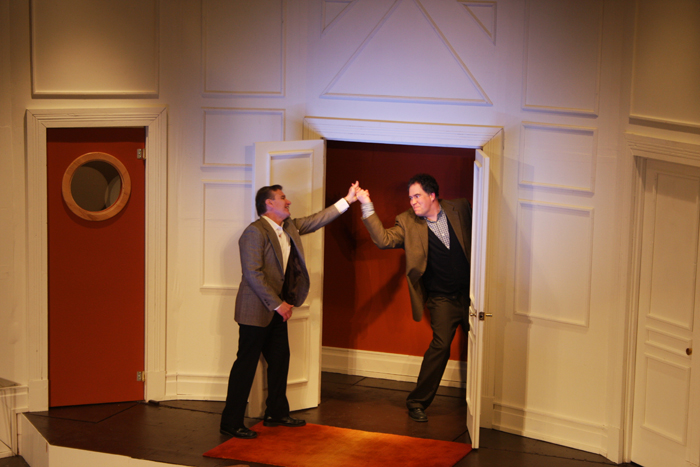 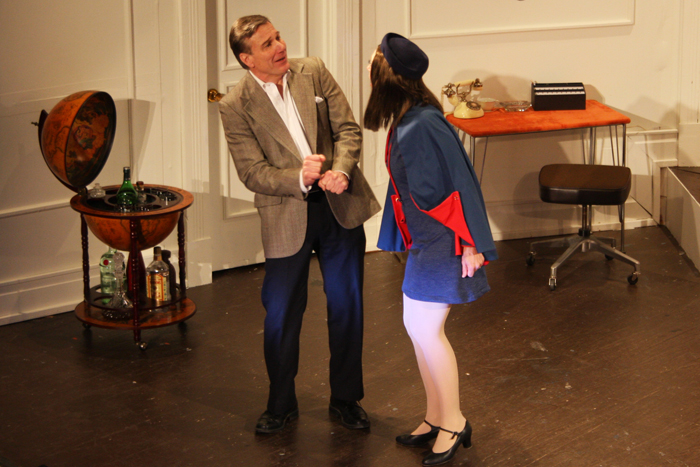 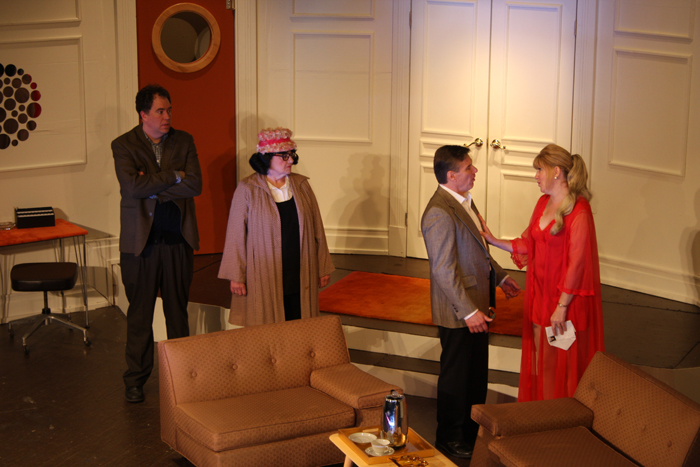