Airport Expansion Will Impact 38 Acres of Forested Wetlands in Coventry

NEWPORT — Under the Clean Water Act, The Vermont Agency of Transportation (VTrans) needs an Army Corps of Engineers (ACOE) permit to move forward with the proposed construction at Newport State Airport. The construction involves a runway extension and several new buildings and facilities being built. Public comment on the issue is being sought by the ACOE on or before May 8.

According to a draft of the vegetation management plan for the expansion project, approximately 76 acres of tree clearing will take place, half of which is wetland. The 38.4 acres of forested wetlands will be cleared, and subsequently sprayed with herbicide to prevent regrowth.

During the tree clearing phase, all trees and other vegetation greater than the prescribed height will be cut. Saplings of all tall growing species will also be removed.

All stumps on airport property are to be cut flush, within zero to four inches, and will remain in place, except in tall meadow areas. In these areas all stumps will be removed.

During the first growing season following tree clearing, the property will be visited, and all tall growing species will be removed or treated to minimize regrowth.

According to the plan, it is anticipated that most of the tree species growth will be stump sprouts. The stumps, including those within standing water, will be treated with glyphosate-based foliar herbicide. The herbicide would also be applied to individual plants of the targeted vegetation.

Trees within wetlands will be cut during winter months when the ground is sufficiently frozen to prevent ground disturbance. The completion of tree clearing activities is planned for winter 2014-2015.

The tree clearing will result in permanent changes in habitat type, from deciduous, evergreen and mixed forested wetlands, to scrub shrub and wet meadow wetlands. Specifically, tree species would be suppressed through cutting and follow-up herbicide treatment, while shrub species would be allowed to become dominant.

Over time, this would result in a tall shrub community with few trees, and the trees should require only occasional management.

Impacts to the forested wetland would be primarily due to the changes in habitat type. Wildlife dependent on forested cover, such as deer and bear, birds such as woodpeckers, and certain small mammals such as squirrels, will have less suitable habitat.

Functions other than wildlife habitat that would be affected by the tree clearing would include water quality impacts due to the loss of trees for interception of rainwater and the loss of water uptake provided by those trees. The ability of the wetland to retain stormwater through sheet flow would be temporarily affected due to the loss of vegetation. 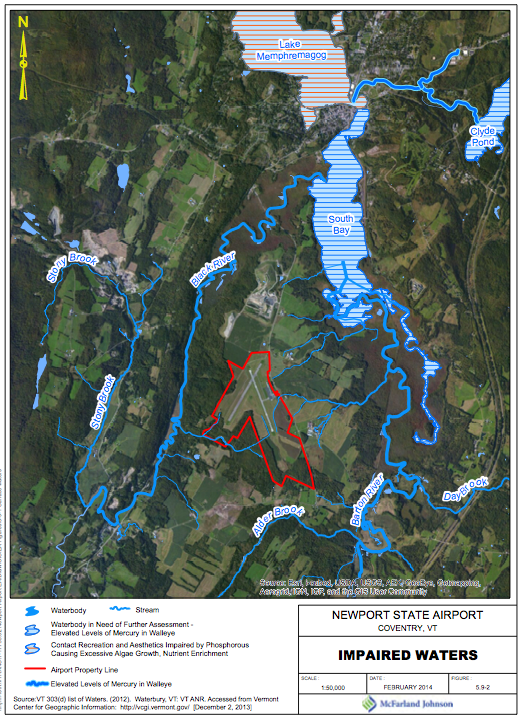 Mitigation is proposed to compensate for wetland impacts. U.S. Army Corps of Engineers (ACOE) guidelines include a preference for payments in lieu of other forms of mitigation such as wetland creation or preservation. The ACOE has entered into an agreement with Ducks Unlimited, with Ducks Unlimited accepting “in-lieu fee” payments as wetland mitigation for project impacts in Vermont.

Ducks Unlimited then uses the funds for projects which provide wetland functions and values.

If you would like to know more, or voice your opinion in the matter, contact the Army Corps of Engineers on or before May 8. You can reach Marty Abair at 802-872-2893. She can also be reached by email at: [email protected]

All comments posted here or at Newport Dispatch’s Facebook page will be forwarded to the ACOE. 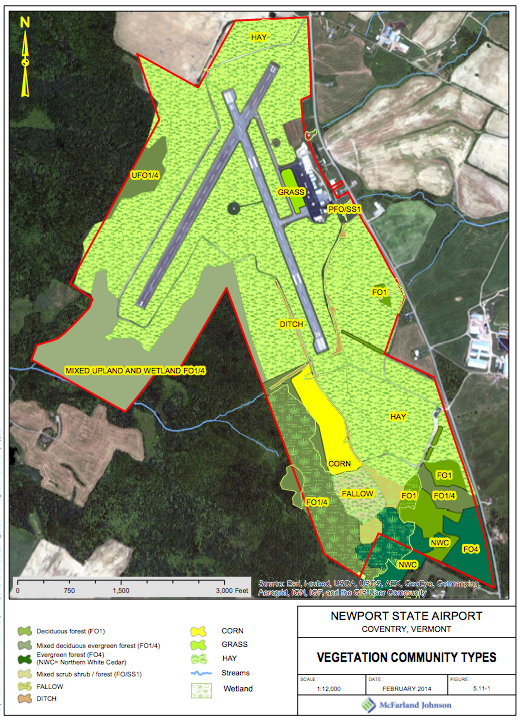