QNEK Productions is turning 21 and bringing the party to the NEK with the rollicking, rambunctious, racy comedy Boeing Boeing. Throwing back to the swinging 60’s, we’re barely legal and looking to start our birthday with a stiff drink and a hearty laugh. 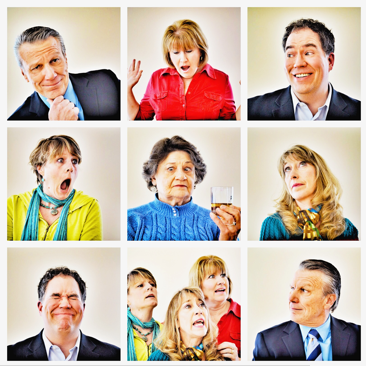 Set in late 1960’s Paris, Boeing Boeing takes viewers on a wild ride traversing a day in the life of the ultimate bachelor. Bernard has it all: a beautiful Parisian apartment, a great career, and the perfect girl…make that girls. Bernard has been meticulously scheduling his three air hostess fiancées by their flight schedules.

Two days with Air France, two days with Lufthansa, and two days with TWA. On the day we find Bernard, his old college buddy turns up for a visit nearly sending his long suffering maid Bertha over the edge, but the fun is just beginning.

As each fiancée gets upgraded to the Super Boeing, they begin to arrive on top of each other. Can Bernard, Robert, and Berthe keep it together and get through the day without exposing his secret?

Buckle up and settle in because it looks like we’re in for a bumpy ride!

Come for a ride with QNEK, the award winning international theater company in residence at the Historic Haskell Opera House.

Tickets are available by calling the QNEK Box Office at 802-334-2216, reserving by email at qnek.com, by advance purchase online or by phone at catamountarts.org and the Catamount Arts Box Office at 888-757-5559, and by advanced purchase at the MAC Center for the Arts in downtown Newport.

Make a reservation and don’t miss this flight into the height of comedy! Prepare for takeoff with QNEK Productions and Boeing Boeing!