Below is a statement from Newport Mayor Paul Monette regarding the city council’s decision to ban a marijuana dispensary in Newport. Please keep in mind that this is taken from his response through Facebook, which he has agreed to be posted at Newport Dispatch. It is not a prepared statement on the issue, just a quick response that he gave last night. 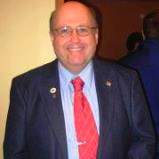 Even though Vermont has approved these dispensaries it is still illegal as per the Federal Government. I feel it should be treated like any prescription drug and dispensed from your local pharmacy vs. having separate dispensaries. I strongly believe it’s time for other communities to step up to the plate and not expect everything be placed in Newport. We just wanted to make sure this did not happen.

As far as the methadone clinic, the council was originally opposed to it until it they said it was going to be mobile. This changed and due to the existing zoning they then were allowed to have a fixed site. At that time we felt we should do our part to help the state out and as presented to the council and is the current case, the majority of people at the methadone clinic is due to being addicted to prescription drugs and not heroin.

It may have been a different outcome if it were considered legal by the Feds which I know it will be someday. As I already stated it’s time for our neighbors to step up to the plate.

One final comment on this issue. There is no ignorance on our part. We just have finally decided to take a stand and say Newport cannot do everything. We already have a million dollar police department because of having all the services in Newport. We strongly believe it’s time for other communities around us to step up and help. I keep hearing it takes a community to help people but community means the NEK and not just Newport. Just my two cents again.